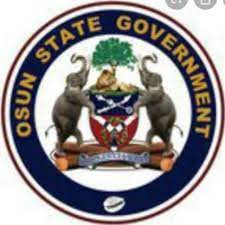 NO fewer than 1,500 teachers, whose appointments were nullified by Osun government, have appealed to Gov. Ademola Adeleke for reinstatement.

The teachers, who were recruited by the immediate past administration of Mr Gboyega Oyetola, said that they had worked for about three months without being paid before their eventual sack by the state government.

The News Agency of Nigeria (NAN) reports that Adeleke had, on Nov. 28, 2022, a day after his inauguration, issued an executive order nullifying all the employments made in all the ministries, departments and agencies after July 17, 2022.

Mr Owoyemi Abdulwasiu, who spoke on behalf of the sacked teachers at a news conference on Monday in Osogbo, said that four of them had died as a result of the nullification of their appointments.

Abdulwasiu, who noted that their appointments followed due processes and procedures, appealed to the governor to reconsider them.

He said that they were given appointment letters between September and October 2022, after the July 16 governorship election in the state.

“Your Excellency Sir, save our soul and have mercy on us. We are your children and siblings.

“There are great numbers of people who depend on us. Nullifying or terminating our appointments at a time like this is like being thrown into the ‘sea of hopelessness.

“We appeal to you to reconsider us and allow us to continue the work we were assigned to, since our recruitment went through due processes and procedures and the fact that we had all lost our previous jobs in private establishments,” he said.

Reacting to the development, Special Assistant to the Governor on Community Communications, Mr Tunde Busari, said that those “illegally employed” by the Oyetola-led administration were no longer in the employment of the state government.

Busari, in a statement issued in Osogbo, claimed that the last administration ‘deliberately’ padded the state payroll with APC members to create a stage for deeper financial crisis, conflict and disharmony.

“Those engaging in demonstrations are APC members smuggled into the state payroll by former Gov. Oyetola.

“By virtue of the Executive Order issued by Mr Governor, those illegally employed remain sacked and are no longer staff of the state government.

“No amount of demonstration and blackmail can change that reality,” he said. (NAN)