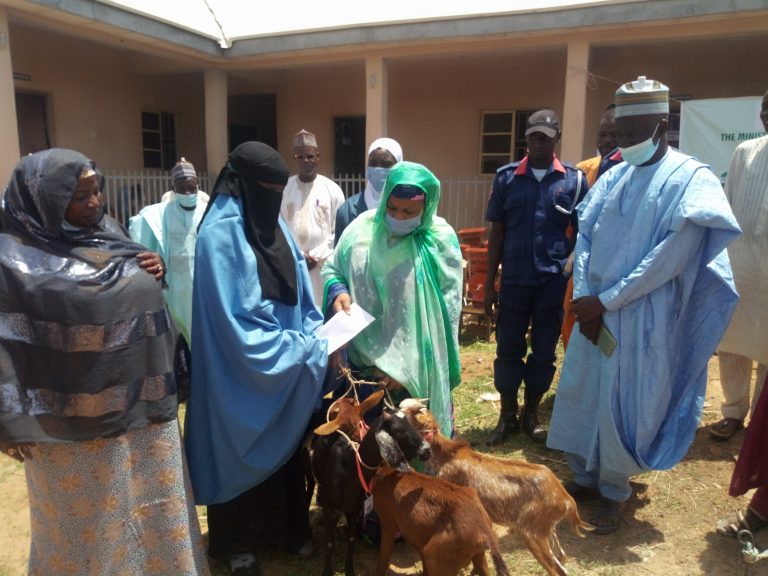 NO fewer than 160 survivors of Gender-Based Violence (GBV) have been empowered with working tools under  the European Union- United Nations’ Spotlight Initiative Project in four local government areas of Sokoto state.
The News Agency of Nigeria (NAN) reports that the initiative was launched on Nov. 17, 2020 to eliminate all forms of violence against women and girls by 2030.
Speaking at the closing of the three-day livelihood training and distribution of business materials to beneficiaries on Sunday in Bodinga local government area, the Sokoto State Commissioner for Women and Children Affairs, Hajia Kulu Sifawa, said the initiative was aimed at empowering the GBV survivors to be self reliant.
She noted that the 160 survivors are drawn from Bodinga, Sokoto North, Binji and Tangaza local government areas.

”The were trained on environmental and body hygiene, business skills and child spacing and family planning methods.

”Others are livelihood skills and special skills on how to prevent Violence Against Women and Girls (VAWG), Sexual and Gender Based Violence (SGBV), Sexual and Reproductive Health Right (SRHR) and Harmful Practices (HP).

”They were educated on the importance of girl-child education, accessing right medications in designated hospitals including ante-natal care and others,” she said.
Speaking with the News Agency of Nigeria (NAN),  some of the beneficiaries described the training and business tools interventions as beneficial.
A beneficiary, Maryam Yunusa, said:”the skills I was taught will guarantee my liberation so that I can and contribute to the growth and development of  my community.
”These goats will be properly kept and reared to increase my business”.
Also Yahatu Abashe and Shamsiyya Bello, who received grinding machines pledged to ensure proper maintenance as well as engage in commercial use ti support other family members.
A 20-year-old survivor resident of Sokoto metropolis said she was forced into marrying a Soldier, who continued to maltreat and dehumanise her.
The survivor who pleaded anonymity said:”I was married off at 13 without my consent.
”He abandoned me nine days into the marriage for seven months. When he came back, he beat and I sustained injuries
”The beating and dehumanising  treatment continued for years. I left my matrimonial home for seven years now and all attempts to secure divorce failed”.
She said that she transformed the threat and maltreatment from her husband who refused to grant her request for divorce  into going back to school.
”I just finished Secondary School and I am willing to further my education if I get the right support.
” I commended Spotlight Initiative for the training, it will help me to be self reliant and cater for my own need without depending on people for survival, ” she said.
Another survivor who suffered from Obstetric Fistula, Hajara Yusuf, said she gave birth to four  children.
Yusuf, who resides in Bodinga local government area, said she received free surgery under the EU-UN Spotlight Initiative.
” I have fully recovered from  the Vesicovaginal fistula  and living a normal life like any other woman, ” she said. (NAN)