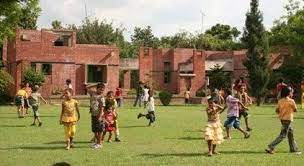 THE SOS Children’s Village Association has received 160 reports of violence and abuse in recent years.

“These 160 reports come from both current and former care recipients,” Klaus Schäfer, chairman of the independent commission set up by the association to recognise and come to terms with injustices suffered, told dpa in Munich.

According to Schäfer, more than 10,000 children in Germany grew up in SOS Children’s Village families during that time.

About half of the reports were cases of children and young people inflicting violence on each other, Schäfer said.

However, there were also allegations of violence and sexual abuse against caregivers.

“These are mainly cases of the violent, so-called black pedagogy that existed in many educational institutions in the 1960s and 70s.”

In early October 2021, a study had made headlines suggesting there had been “borderline violations,” that is those just short of being criminal, by two caregivers in a children’s village in Bavaria.

The study by renowned abuse expert Heiner Keupp revealed that the two former staff members had inflicted “suffering” on children entrusted to them.

After the publication of the study, the commission was set up, which Schäfer chairs and which has set itself the task of coming to terms with the cases.

Therefore, it placed advertisements in several newspapers calling on those affected to come forward.

“With this appeal, we are asking affected persons who have not come forward so far to come forward,” it said.

“We know that it is not easy to report injustices experienced, even if the acts may have occurred a long time ago.”

An initial assessment by the commission is expected this summer, with a final report planned for summer 2024. (NAN)