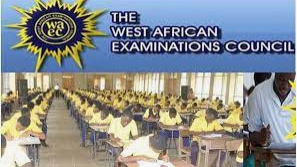 Mr Patrick Areghan, the council’s Head of National Office (HNO), announced details of  the examination results on Monday, in Lagos.

He said the withheld results related to  various reported cases of examination malpractice.

According to him, the number of seized results represents 22.83 per cent, making it 11.74 per cent higher than the 10.9 per cent recorded in the same examination diet in 2021.

Areghan said that the students’ lack of zeal to learn was largely responsible for the development.

“I will say preparation for examination among our students is taking a serious nose dive, due to over-reliance on the so-called ‘Expo’, which is actually non-existent.

“Candidates simply got frustrated when they entered the examination hall and discovered that all they had celebrated, was actually fake.

“This has pitiably led to some of them failing the examination, which if they had relied on themselves and studied hard, would have passed like many others,” he stated.

The HNO said that the council would continue to sanction all cases of examination malpractice.

He said that schools, supervisors, teachers and candidates perpetrating the evil act were not helping the education system.

Areghan said that all hands must be on deck to check the ugly trend.

He said that the increasing use of cell phones in the examination hall, in spite of the existing ban, and organised cheating in some schools were other nagging issues.

The WAEC boss said that the examination was also administered to candidates from some schools in Benin Republic, Côte d’Ivoire and Equatorial Guinea, where the Nigerian curriculum for senior secondary school was being used.

Giving a further breakdown of statistics of the results, Areghan said that, of the total 1,601, 047 candidates who sat for the examination, 1,713 of them had varying degrees of special needs.

“We also had 12 others who are physically challenged. All these candidates were adequately provided for,  in the administration of the examination.

“Results of these category of candidates have been processed and are also now being released along with those of other candidates,” he said.

Speaking further on the result, Areghan said that of the total number that sat for the examination, a total of 1,437,629 candidates representing 89.79 per cent had their results fully processed and released.

According to him, a total of 163,418 others,  representing 10.21 per cent had a few of their subjects still being processed, due to some issues that are still being resolved.

He, however, noted that efforts were  being made to speedily complete the processing, to enable all the affected candidates to get their results fully processed and released within the next one week.

Areghan said that further statistics of candidates’ performance at the examination showed that 1,409, 529 , representing 88.04 per cent obtained credit and above in a minimum of any five subjects, that is, with or without English Language and/or Mathematics.

According to him, 1,222,505 others, representing 76. 36 per cent who sat  for the examination, obtained credits and above in a minimum of five subjects, including English Language and Mathematics.

He noted that there was a 5.34 per cent decrease in performance, when compared to the 81.70 per cent obtained by candidates in the same category in 2021, in the same examination diet.

Speaking further, the HNO said that the council’s Digital Security Printing press was set for commissioning.

According to him, the digital security printing press, which is the first of its kind by the council in Nigeria, is in response to its  growing operational needs.

“With this digital security printing press, the Nigeria national office will be able to improve its operational efficiency.

“Also, the much-awaited digital certificate software, which was earlier announced as one of the innovations the council is exploring in its bid to make service delivery more accessible to candidates, is here at last.

“The project has been completed and it is now set for launch to enable end users enjoy the enormous benefits of the service,” he said.

Areghan expressed gratitude to the Federal Government, the Ministry of Education, security agencies and other stakeholders, for giving maximum support to the council.

He said they gave this before, during and after the conduct of the examination, especially in the face of the insecurity in parts of the country.

The HNO appealed to states that were owing the council registration fees of their candidates to pay up.

This, he said, would enable such candidates to be able to access their results.

The News Agency of Nigeria (NAN) reports that the conduct of the WASSCE for school candidates ended on June 3.

The examination council released the results exactly 45 days after the last paper. (NAN)