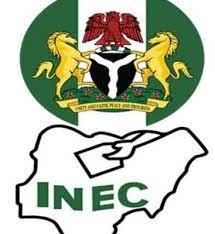 THE Centre for Journalism Innovation and Development (CJID),House Committee on Independent National Electoral Commission (INEC) and other stakeholders have warned against the impact of disinformation ahead of the 2023 General Elections.

They gave the warning on Thursday at a dialogue with key election stakeholders which focused on “Disinformation in Elections 2022” in Abuja.

The dialogue was organised by CJID and funded by the National Endowment Fund (NEF).

He said studies had shown that misinformation thrives in communities that were emotionally charged.

Oluwatola said that it also do so in places where people have a need for internal consistency that makes them more likely to believe arguments that reinforce their emotions and beliefs.

“The advent of social media technology velocity and volume of information had weaponised information disorder with grave harm to individuals, businesses and democratic communities.

“Almost in every country today, organised industry now exists to spread disinformation and policy makers,while the world grapples with the question of how to curb information disorder.

“This is why perhaps the only solution is to manage the demand side by empowering the average person to discern information disorder through media literacy and fact checking,” he said.

He said: ”The average Nigerian social media users spend up to four to five hours on social media, making them susceptible to the popular views on the platforms regardless of the veracity or credibility of sources.”

He,however, said that information disorder spread faster than fact checked or verified information, adding that INEC, NOA, media and political parties had a role to play in projecting the truth.

Sen. Aisha Dukku,Chairperson,House Committee on INEC, said that the spread of fake news on the internet was usually caused by the preference of speed over accuracy.

Dukku said, “because Internet content providers and distributors are in a zero-sum,winner-takes-all battle for attention and advertising revenue.”

She added that the new Electoral Act Section 123 had established that anyone that publishes wrong information was liable to N100,000 fine or six months in prison or both.

Dukku said, ”every Nigerian has a role to play in ensuring the curbing of fake news.”

Sen. Ovie Omo-Agege, Deputy President of the Senate said that electioneering umpires like the INEC were exposed to cyber attacks no matter how minimal.

Represented by Dr Chuba Keshi, he said that misinformation could be caused by laziness or mistakes by relevant media systems.

He advised that the election umpires should build on their technology systems to protect against attacks that could disrupt the processes.

Mr Dapo Olorunyomi,Chief Executive Officer of Premium Times, while conducting a training on Disinformation and Fact-checking in Elections, said the transition from analogue to digital form of media had affected information dissemination.

Olorunyomi advised that relevant stakeholders should follow standard guidelines of election like the African Charter on Democracy, Election and Governance.

He also suggested that the government should allocate sufficient funds to the NOA for political education to address disinformation.

The event was part of CJID’s effort, through its Media in National Elections (MiNE) and Fact-checking (DUBAWA) projects, to ensure the provision of accurate information to Nigerians before, during and after the 2023 elections.(NAN)