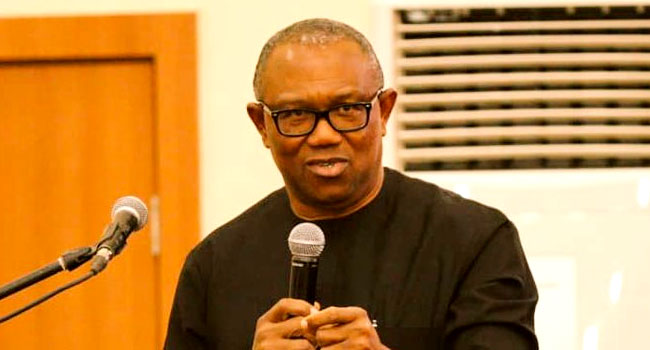 A file photo of the presidential candidate of the Labour Party, Peter Obi.

He said this on Thursday in Abuja while speaking with newsmen at the end of a meeting of the council’s Finance and Development Committee.

Iwuanyanwu added that the forum of South-East, South-South, and Middle Belt worked hard to bring the presidency to the South-East because they agreed that it was the right thing to do.

“Many of them still believed that it is still the turn of Ibos, and in their wisdom, they said the presidency should be brought to the South-East.

“They have taken a common position to support Peter Obi and of course, we Igbos in Ohanaeze feel very happy.

“The truth is that Ohanaeze Ndigbo Worldwide is a part of the agreement by the Southern and Middle Belt Forum to endorse the candidacy of Peter Obi,” he said.

According to Iwuanyanwu, the South-East, South-South, and Middle Belt had agreed to work to enthrone a Peter Obi presidency for equity and justice in 2023.

He said Ohaneaze was also watching the campaigns ahead of the 2023 presidential election.

He said the council’s Finance and Development Committee had set up committees on power on how to generate electricity through coal.