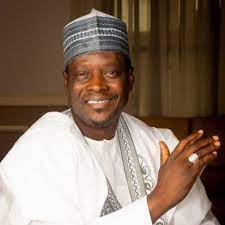 THE Governorship Candidate of the People’s Democratic Party (PDP) in Kwara, Mallam Abdullahi Yaman, has promised to pay N100,000 as minimum wage for workers, if elected in the upcoming genaral election.

Yaman made the pledge on Wednesday during the Gubernatorial Candidates Debate organised by the Joint Kwara Labour Congress held at the Teachers Hall, Asa Dam road, Ilorin.

He said the current N30,000 minimum wage is not enough to take care of basic needs of Kwarans who deserved improved salary.

“Kwara workers deserve a better pay. I will ensure they earn N100,000 minimum wage for a better life,” he said.

He also promised to transform the state to a centre of commercial hub where economy will boom to affect the lives of residents.

Besides, Yaman said pensioners welfare would be goven priority consideration, adding that every pensioner will undergo business training prior to their retirement age.

On his part, the candidate of the Labour Party, Mr Basambo Abubakar, promised to empower youths and ensure a better future for them.

“My targets are youths and Kwara workers. Labour Party will make Kwarans smile again. We want our youths to be self dependent,” he said.

Mr Salman Magaji, the candidate of the Action Alliance (AA), promised to ensure a fully secured environment in Kwara.

He also pledged to make the state more attractive and save for investors to strive.

“Kwara under my watch, will become a commercial/industrial hub that will attract enough investors to patronise the state,” he promised.

On his part, the governorship candidate of the New Nigeria People’s Party (NNPP), Prof. Shuaib Abdulraheem-Oba, promised a functional administrative local government system in the state.

He emphasised the need for functional local government system for people at the grassroots to enjoy dividends of democracy.