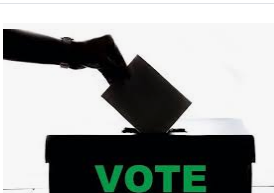 THE Independent National Electoral Commission (INEC) says 2,513,281 voters are expected to vote in Borno in the upcoming 2023 general election.

The INEC Resident Electoral Commissioner in the state, Alhaji Mohammed Magaji, disclosed this during a stakeholders meeting on the preparedness for the polls on Wednesday in Maiduguri.

“It has 312 registration areas, 5,071 polling units as well as 2,513,281 voters who are to vote in the general elections after the compilation of the eligible voters at the end of the just concluded Continuous Voter Registration (CVR).

“For the 2023 General Elections, 16 political parties fielded candidates in various elective positions which sums up to 287 candidates in Borno. Campaigns have commenced in earnest and we appeal for a hitch-free and issue based campaigns.

“The Bimodal Voter Accreditation Systems (BVAS) machines have been received and tested for compliance readiness.”

He stressed that: “Furthermore, Permanent Voter Cards (PVCs) for the just concluded CVR exercise have been received and are being collected by citizens; as new voters and existing voters who applied for transfer or replacement as provided by law.

“I am also delighted to inform you that substantial quantities of sensitive and non-sensitive materials have been received and awaiting deployment to various locations across the state.

“It should be noted that, following the display of the Voters Register nationwide and the conclusion of claims and objections by citizens, a new National Register of Voters has been compiled. This in effect indicated our readiness for the 2023 General Elections.”

Magaji quoted the INEC Chairman as saying that: “The Commission is not contemplating any adjustment to the election timetable let alone the postponement of the General Elections.

“The soft copy of complete register has been presented to each political party by the Commission. It is also the same register that will be used on the day of the election.”

The REC said that the commission was also migrating voters from overpopulated and congested polling units to polling units with less voters to ease the voting process.

He added that voters would be informed of where they will cast their votes before Election Day, taking into account the proximity of voters in the migration process.

The INEC commissioner noted that recruitment of prospective Adhoc staff is being undertaken online via INECPRES portal.

“Over 61,000 applicants have applied out of which about 20,000 will be required for this category of Adhoc staff. The collation and returning officers will be considered in due course,” he said.

NAN report that the Network of the Civil Society Organisations, Nigerian Immigration Service, NSCDC, FRSC, DSS, Nigerian Customs Service, traditional rulers and members of all political parties in the state were some of the stakeholders that attended the meeting. (NAN)