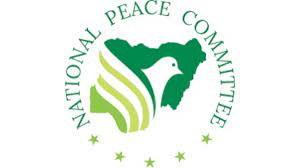 CANDIDATES participating in the 2023 presidential elections are to sign two peace accords before the election in February.

The National Peace Committee, NPC, disclosed this yesterday at a meeting held in the residence of its Chairman and former Head of State, General Abdulsalami Abubakar, retd, in Minna, Niger State.

The committee, whic denounced any form of vote buying and fake news during the general elections, agreed that candidates and their spokespersons would sign two peace accords ahead of the elections.

In a two page statement made available to newsmen at the end of the meeting General Abdulsalami Abubaka  reminded all Nigerians that the 2023 general election must end in peace, without any rancour.

The statement read:   “The 2023 is more than an election. It is an opportunity to serve Nigeria, to defend Nigeria and to uphold her unity and progress. Nigerians should avoid the spread of fake news and uphold the principles of tolerance, respect, civility and decency in all public and private conversations and engagements about elections and the progress of Nigeria.

“All political actors especially their publicity agents and media advisers  should shun personal attacks, avoid insults and incitements reject the spread of fake news and commit to issue- based campaigns and political  rallies in the upcoming 2023 general elections.

“The pattern of public communication among political actors, their publicity agents, spokes persons and media consultants have amplified the potential for personal attacks, insults, and incitement. The attacks by politicians and their supporters on their opponents have moved from issue based campaigns which has relegated civility to the background and this has relegated to the background, the civility and decency in public discourse and debate, additionally it has shifted focus away from issue-based campaigns to consolidating identity politics and the politics of thuggery.

“In view of this, there is need to promote a culture of healthy issue-based campaigns and political communication. ”Consequently, the National Peace Committee, has organised the signing of two Peace Accords for the 2023 general election.”

The statement added that the first peace accords would be signed on Thursday, September 29, 2022, at the International Conference Centre Abuja to commit all political parties’ presidential candidates and their spokespersons to peaceful political campaigns and rallies devoid of violence, incitement and personal insults.

According to the committee, the  second peace accords will come up shortly before elections. “It is intended to commit candidates to accepting the outcome of the votes as long as it is adjudged to be free, fair and credible,” the committee stated.

Chairman of the Independent National Electoral Commission, Professor Mahmud Yakubu, who also attended the meeting, assured that the commission would conduct a free, fair and credible election.

He said:  “The commission had been keeping to it’s timetable and from records, eight of the plans have been successfully implemented.”