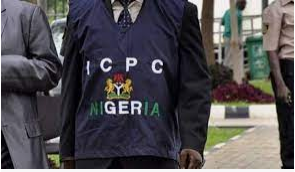 STAKEHOLDERS have charged the Independent Corrupt Practices and Other Related Offences Commission (ICPC) as well as the electorate to rise against vote buying, violence and other malpractices in the 2023 general elections.

The stakeholders drawn from the political parties, churches, civil society organisations, communities and others gave the charge at an anti-corruption summit on Wednesday in Umuahia, Abia.

The event, tagged “Corruption Must Go Summit”, was organised by Reocoorph Foundation, Nigeria, a member of the National Antii-Corruption Coalition (NACC, was in collaboration with ICPC and Temple of Justice Foundation.

The stakeholders challenged the ICPC to put more efforts in its anti-graft war by ensuring that those involved in all forms of electoral malpractices faced the wrath of the law.

A legal practitioner, Mr Alex Amujiogu, who is the Executive Director of Temple of Justice Foundation, called on voters to join the crusade to ensure that the right thing was done.

“If the ICPC and the police are doing their work, it will help to curtail acts of corruption in the system especially as we build up to 2023 general elections,” he said.

In a keynote address, Mr Ibe Ekeleme, a retired Deputy Chief Registrar, Abia State Judiciary, said that everybody must be involved in the anti-corruption war, for the success of the Electoral Act in 2023.

Ekeleme made his presentation on the topic: “Electoral Act, 2022 : BVAS – Vaccine Against Vote Buying, Violence and other Malpractices”.

According to him,the Bimodal Voters Accreditation System (BVAS) is one of the progressive innovations introduced into the nation’s electoral process to guide the conduct of elections, to achieve credible results.

Ekeleme, who commended the Federal Government for the new Electoral Act, urged the Independent National Electoral Commission (INEC) to conduct free and fair elections through the application of the Act.

He also charged the media to play its role responsibly by eschewing false propaganda, but promote responsible and responsive journalism in its reportage.

The lawyer equally urged the judiciary to play its role of interpreting the new Act properly without caring about “whose ox is gored.”

“The government in place at every level must contribute its quota at ensuring that the conduct of the elections is smooth.

“It should be done in a way to make the elections to be adjudged free and fair,” he said.

Earlier, Rev. Okechukwu Obioha, National Coordinator, Reocoorph Foundation, Nigeria, said the summit was organised to draw the attention of the government, politicians and the electorate on the impact of the Electoral Act 2022.

The convener said that the intention was to organise the summit in all the five states of the Southeast zone before the 2023 campaigns and elections were over.

“It  is our contribution of enlightenment and strengthening the electorate to bequeathing to ourselves a viral, promising and lasting democracy,” he said.