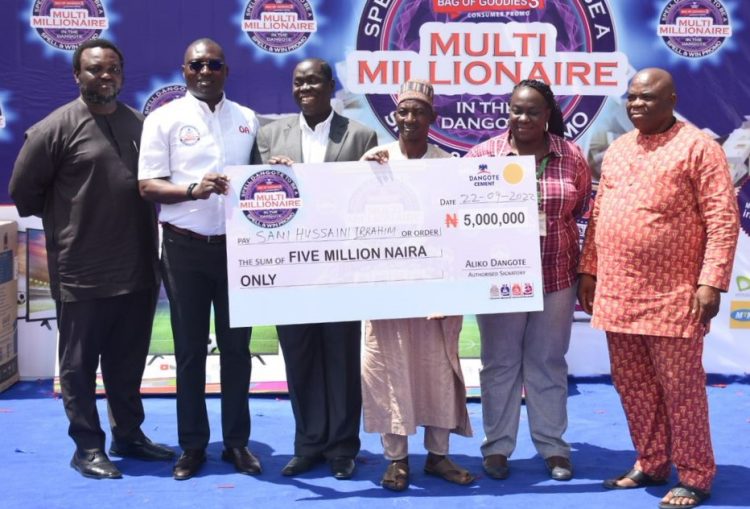 ABOUT 60 winners have emerged in the ongoing Dangote Cement Plc ‘Bag of Goodies Promo Season 3’ in the Northeast region on Thursday.

The company made this known in a statement signed by Mr Anthony Chiejina, Group Head, Corporate Communications, Dangote Group, in Lagos.

According to the statement, the Regional Director, Northeast, Dangote Cement Plc, Mr Ismail Iliya, at a ceremony in Jos, Plateau, said the winners were from Bauchi, Adamawa, Taraba, Plateau, Borno, Gombe and Yobe.

According to him, 20 winners were awarded cash prizes and consolation gifts at the venue while those in far-flung areas will be sent theirs after the event.

Iliya noted that the winners ranged from businessmen to block moulders, labourers and contractors across the region, and they were quite encouraged by the big win to participate in the promo.

Star prize winner, Mr Salisu Adam, said he was elated about his win and commended the company for the initiative.

“We were doubtful initially but with the conviction that Dangote means well for the nation we decided to give the promo a trial,” he said. (NAN)