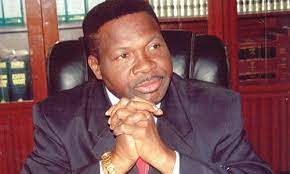 THE ‘Judiciary’‘ needs no definition. Nor does “democracy”. The former however, deserves some elaboration, even if briefly. The Judiciary is constitutionally recognized in Nigeria as one of the three arms of Government – along with the Executive and the Legislature (See sections 4, 5 and 6 of the 1999 Constitution). It is corollary to the doctrine of separation of powers ably propounded in 1748 by Baron de Montesquieu, a renowned French Philosopher. Just like the other two arms, a whole sub-division of the 1999 Constitution – Chapter VII – is devoted to what it refers to as ‘The Judicature’. In its 66-odd Sections (230 -296), our grundnorm outlines the structure of the court system in Nigeria, the mechanism for recruiting their personnel, their discipline, promotion and removal.

These provisions are complemented by those of section 6 of the Constitution, which sets out the powers of the courts of the Federation, from the highest (the Supreme Court), down to the lowest courts, as may be authorized by Law to exercise jurisdiction at first instance, or on appeal, by either the National or State Houses of Assembly.

These powers are, however, not absolute, as they are qualified by the exclusion of certain matters in the self-same Constitution, including the Fundamental Objectives and Directive Principles of State Policy in Chapter II thereof; including the competence of any person to make any existing Law after the 15th day of January, 1966.

Subject to these restrictions, the jurisdiction of Nigerian Courts is only circumscribed and delimited either by the law which establishes them or by the Constitution itself. In other words, the Judiciary is

This notion of constitutional or judicial independence, is however, not entirely free from ambiguity, in terms of its content and scope.

Nonetheless, it’s precise meaning is critical to any discussion of the consequences of undermining the Judiciary. This is because, to talk about eroding judicial independence is simply another way of expressing the phenomenon of undermining the Judiciary: they mean the same thing. Before delving further into the issue, however, it is important to deal with the meanings of the words “consequence” and “undermine” used in the title of this piece.

WHY COURT ORDERS MUST BE OBEYED

The general principle of law is that all court orders and judgements must be obeyed by all and sundry, including persons, authorities and governments (see section 287 of 1999 Constitution of Federal Republic of Nigeria, as altered). This is notwithstanding the opinion of parties. See the cases of Rossek vs ACB (1993) 8 NWLR (Pt 312) 382; Barrister Orkev Jev vs Sekav D. Iyortyom (2014) LPELR – 23000; Odogwu vs Odogwu (1992) 2 NWLR (Pt 225) 5239. For example, there is evidence that not less than 120 court orders made by various courts of law across Nigeria against the Federal Government are yet to be complied with by the government till date, thus rendering the Judiciary toothless and ineffective. To be sure, disobedience to court orders constitutes a direct affront and disrespect to the authority and dignity of the court, which render it prostrate and grotesque.

Disobedience to court orders invariably lead to a descent to anarchy, lawlessness, violence and a recourse to brute self-help, viet armis. Disobedience also leads to lack of confidence in the Judiciary, by all and sundry. The consequential negative import on foreign direct investment can be better imagined. Disobedience also causes absence of the rule of law, which in turn undermines a country’s integrity and respect amongst nations. It is therefore imperative to insist that the Judiciary must be completely independent to ward off attacks and interference, whether obtuse or overt, by the other two arms of (the Executive and the Legislature), government, as failure to do so adversely affects its ability and capacity to discharge its onerous constitutional mandate in a manner that is just and fair amongst citizens.

This means ’a result of a particular action or situation, often one that is bad or not convenient”; “The effect, result or outcome of something occurring earlier”;

What does it mean to undermine the Judiciary? According to various dictionary definitions, ‘undermine’ means:

‘’To make someone less confident, less powerful or less likely to succeed, or to make something weaker, often gradually”

“To gradually weaken or destroy something”;

“If you undermine something such as a feeling or a system, you make it less strong or less secure than it was before, often by a gradual process or by repeated efforts”;

“To subvert or weaken insidiously or secretly”; “To weaken or ruin by degrees”;

“To gradually make someone or something less strong or effective” ; “Lessen the effectiveness, power of ability of, especially gradually or insidiously”.

The foregoing definitions will guide this intervention – and, hopefully- make it easier to articulate and comprehend. We shall commence by examining the concept of ‘judicial independence’.

WHAT DOES “JUDICIAL INDEPENDENCE” MEAN?

According to Professor David S. Law, judicial independence refers to “the ability of Courts and judges to perform their duties free of influence or control by other actors, whether governmental or private”. The importance of this ideal cannot be over-emphasized, because as Alexander Hamilton famously opined in his Federalist Paper No 78, the Judiciary is the weakest and “least dangerous” of the three branches of Government, because, in his opinion, it has “no influence over either the sword or the purse”. Thus, in words of Professor Law, the judiciary is “least capable of defending itself against the other branches (who) possess (not only) the power to disobey or thwart the enforcement of judicial decisions, (but) also to retaliate against the courts for decisions that they oppose”

As can be seen from the above, judicial independence and undermining it are two sides of the same coin. They are NOT antithetical to each other. They are mutually exclusive or incompatible. Where a Judiciary is deemed to be ‘independent’, it means that it is free of factors which tend to undermine it’s integrity and capacity to play its assigned role and perform it’s functions under the Constitution – which is simply to dispense justice to all manner of people without fear or favor, affection or ill will, regardless of whose ox is gored.

This outline of judicial independence neatly sums up what Professor Law conceives as the questions which are central to a comprehensive and cohesive definition of the subject, namely:

i. Independence for whom?

ii. Independence from whom?

iii. Independence from what; and

iv. Independence for what purpose?

While recognizing the impracticability or unfeasibility of achieving total independence from other arms, in the words of Professor Law, a perfectly independent judiciary that is completely insulated from all forms of political and popular influence is what we desire. A good starting point therefore is a related issue – that of ‘judicial immunity’.

WHAT IS “JUDICIAL IMMUNITY”?

A manifestation of the notion of ‘judicial independence’ is ‘judicial immunity’. This attribute is essential and indispensable in order to enable Judges do their work fearlessly without let or hindrance. It simply means that they cannot be personally sued or held liable for carrying out their judicial duties in respect of any decisions, verdicts, orders or pronouncements made by them while performing their judicial functions. See ONAGORUWA vs. I.G.P where the Court of Appeal opined that:

“The immunity of judges for any acts done or words spoken in their judicial capacity in a Court of Law is not conferred for the protection or benefit of the judges but for the benefit of the public, which interest it is that the judges Should be at liberty to exercise their functions with independence and without fear of consequences “.

In another incisive dictum of the Court of Appeal in EMECHETA vs. OGUERI, the intermediate court expressed the view that:

“The words which he speaks are protected by an absolute privilege. The orders which he gives, and the sentences which he imposes cannot be made the subject of civil proceedings against him. No matter that the judge was under some gross error or ignorance, or was actuated by envy, hatred and malice, and all uncharitableness, he is not liable to an action. The remedy of party aggrieved is to appeal or to take some such step to reverse his ruling, of course, if the judge has accepted bribes or been in the least degree corrupt, or has perverted the course of justice. He can be punished in the criminal courts. That apart, however, a judge is not liable to an action for damages. The reason for this immunity is founded on public policy. The reason is not because the judge has any privilege to make mistake or to do wrong. It is so that he should be able to do his duty with complete independence and from fear. In this Country, the need to protect judges from wanton attack cannot be overstated”.

In Nigeria, experience has shown that judicial immunity has always been more at risk under civil democratic, rule than it’s opposite – military dictatorship. This is ironical, because the received wisdom and expectation is that the reverse ought to be the case; thus  justifying the dictum of Hon. Justice Katsina-Alu, JCA (as he then was) in EMECHETA vs. OGUERI, supra, of “the need to protect judges from wanton attack”. While this phenomenon is always regrettable in a democracy, it is not altogether surprising. This is because in their infamous desperation which has become the hallmark of Nigerian politicians and their supporters, they typically brook no opposition and will not allow anything (including the law) to get in their way. Propriety, morality, ethics, decorum, basic decency, legal or constitutional norms, are not objects in their warped minds and blind quest for power – by all means – fair or foul.

Politicians indulge in the Machiavelian principle of the end justifying the means. These attacks on the Judiciary have assumed direct – and, sometimes – terrifying and horrific dimensions, often traumatizing Judges and their families. A few instances will be cited anon to illustrate the point. (To be continued).