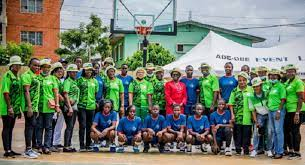 ESTHER Aluko, President of the Association of Former Female Athletes of Nigeria (AFFAN), has called on government at all levels to give more recognition to former athletes.

Aluko told the News Agency of Nigeria (NAN) on Sunday in Abuja that this recognition was necessary in view of their exploits and service to the nation during their time.

NAN reports that some members of the association, who had represented the country in various sports between 1960s and 1970s, met in Abuja for the AFFAN Awards Night 2023.

Over 100 women came from different parts of the country to celebrate themselves, climaxing in the Awards night on Saturday.

“We are so glad that this is happening. Many of us have not seen each other in the last 40 years and today we have achieved something.

“We are so full of joy that God has kept us alive to witness this day after serving our nation for decades.

“We just want to let the people of Nigeria know that the true meaning of ‘the labour of our heroes shall not be in vain’ is by remembering them all the time.

“We remember the fallen heroes but these heroes are alive (the AFFAN members)  and these are icons that have served this country. So we deserve recognition.

“There is no vocation in this world that makes a country popular like sports. We were the first set of female players to represent this country in sports.

“We have paid our dues. It is time for us to be recognised,” Aluko said.

Speaking on how best the country can recognise her erstwhile players, Aluko said it would be by celebrating their past achievements and getting them involved in the grooming of young talents.

“What we are doing now, for example, I think should be the responsibility of the government. Besides that, we are also here to collaborate with the government.

“What we are doing as an association is to inculcate values in the younger ones, to use ourselves as trainers, as mentors and counselors to the younger players  and we also serve as a voice to the vulnerable athletes out there.

“We are role models to the younger ones but the government can also make use of this opportunity and use us in grooming the young ones.

“We can go to schools and communities and scout for talents as some of us were coaches before we retired. We are retired and not tired,” she added.

NAN reports that no fewer than 147 athletes were honoured during the Awards night, made up of 127 living and 20 deceased persons.(NAN)