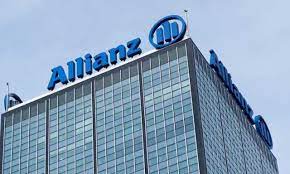 IN 2023, the energy crisis and rising interest rates will drag global GDP growth down to just +1.5%, as slow as it was in 2008. It’s the latest forecasts provided by Allianz Trade, which operates through the Allianz Global Corporate & Specialty license in South Africa.

Since June, global macroeconomicconditions have considerably worsened.Deep and long-lasting ruptures in energy markets and the negative impact on business confidence will push the manufacturing sector in most countries into recession. At the same time, rapidly rising interest rates and falling real disposable incomes will induce a housing recession in theUS.

Commodity exporting countries have a more positive outlook, helped by better terms of trade prospects.  GDP forecast for 2023 is as follows: Africa (2.7% from 3.2% in 2022), South Africa (1.5% from 1.8%), Nigeria (unchanged at 2.3%), Ghana (unchanged at 2.5%), and Kenya (4.4% from 4.9%). However, domestic issues are limiting. In South Africa, energy rationing, and logistical bottlenecks – aggravated by flood damage to the port of Durban in April hamper growth while in Nigeria, the oil sector continues to struggle.

Eurozone and US forecast

Eurozone growth is likely to plunge to -0.8% in 2023 due to soaring energy prices and negative confidence effects. Consumer sentiment has already plunged to record lows and business confidence continues to deteriorate rapidly, which will hold back consumption and investment. Increased fiscal support to the tune of 2.5% of GDP on average and limited monetary easing after mid-2023 will help make the recession shorter and shallower, and limit the risks of social unrest.

The US will register a -0.7% fall in GDP, mainly due to rapidly tightening monetary and financial conditions, which will significantly cool the housing market, coupled with a negative external environment and low fiscal support after the mid-term elections.

China’s economic recovery will be difficult

After a very low level of growth in 2022, China’s economic recovery will be difficult. We have significantly cut our growth forecasts to +2.9% in 2022 (from +4.1%) and +4.5% in 2023 (from +5.2%) based on four factors: the short-lived post-omicron reopening boost, the likely continuation of the zero-Covid policy until Q2 2023, which is weighing on business and household confidence, risks in the property sector and extreme weather currently pressuring energy supply. In addition, lower external demand will limit export growth, which had been a tailwind throughout 2020-2021.

Inflation is set to continue increasing driven by costlier food and fuel prices with Africa forecast to finish 2022 averaging 14.7% and then 9.6% in 2023, Nigeria (18% and 15%), South Africa (6.8% and 5%), Ghana (31.3% and 20.3%) and Kenya (6.5% and 5.5%). Heightened food security risks in North Africa and many parts of sub-Saharan Africa where the role of agriculture and the tendency to rely on imported food products makes the countries particularly vulnerable to the agricultural shock caused by the geopolitical conflict.

Global trade growth in volume will also remain low at +1.2% in 2023 as advanced economies face a domestic demand-led recession. The return of credit risk is to be expected as this recession will be triaging the good, the bad and the ugly of corporate vulnerabilities. The rebound in business insolvencies gained momentum during 2022 (+18% q/q in Q2 2022, from +5% in Q1). The largest acceleration happened in Western Europe (+26% y/y YTD). Though we are still witnessing historically low numbers of bankruptcies in the US (-19% YTD as of Q2), China (-14% as of August) and Germany (-4% as of June), Spain, the UK and Switzerland already show pre-pandemic insolvency numbers. The trifecta of lower demand, prolonged production constraints (input prices, labor shortages and supply-chain matters) and increasing financing issues (access and costs) is mechanically pushing up expectations in business insolvencies, notably for European countries and sectors most exposed to energy issues. The -0.8% decline in Eurozone GDP has the potential to accelerate the rise in insolvencies by +25pp in 2023 (to more than +40%), with Germany up +16%, France up +29%, Italy up 31% and Spain up 25%. This increases the probability of seeing the extension of and new (targeted) state aid measures.

Evidence that South Africa’s economy is faltering has continued to build. June hard activity data came in well below consensus expectations with retail sales as well as manufacturing and mining production dropping back in m/m terms. We expect the economy to have contracted sharply in Q2 as the hit to output from severe flooding was probably not recouped and as load shedding intensified once again. More timely indicators suggest that activity has remained weak in Q3. Scarce energy availability has continued to weigh on energy-intensive sectors; the manufacturing PM declined from 52.2 in June to a one-year low of 47.6 in July. And successive falls in consumer confidence probably dampened retail sales further with elevated inflation taking its toll.  Inflation rose from 7.4% y/y in June to a 13-year-high of 7.8% y/y in July on the back of mounting fuel and food price pressures. Core inflation, at 4.6% y/y, remained close to the midpoint of the 3-6% target band. Uncomfortably high inflation, currency weakness, and Fed tightening will probably keep monetary policymakers in a hawkish mood, even as the economy struggles.

Nigeria’s economy expanded by a better-than-expected 3.5% y/y in Q2, up from 3.1% y/y in Q1. The pick-up in headline growth was largely due to the contraction in the oil sector easing, while growth in the non-oil economy held up well. In seasonally-adjusted terms, GDP rose by around 0.9% q/q. More timely indicators suggest that activity picked up further at the start of Q3. The MI rose from 50.9 in June to 53.2 in July. And private sector credit growth reached 21.3% y/y in July. But production in the key oil sector remained very low, essentially unchanged from June at 1.18mn bpd in July. Meanwhile, the currency weakened against the US dollar, both on the Nafex exchange rate and the black market. Inflation jumped from 18.6% y/y in June to 19.6% y/y in July, the highest since September 2005. The main driver behind the increase in the headline rate was another sharp rise in food inflation, although price pressures rose in other categories too. Elevated inflation is likely to push policymakers to continue raising interest rates.

Uncertainty surrounding elections held earlier in August has continued to linger. The official tally showed a tight victory for William Ruto, but runner-up Raila Odinga challenged the results in the courts, reversing some of the gains in Kenya’s sovereign dollar bonds since the start of the month. Nonetheless, the Supreme Court ruled the election was free and fair and William Ruto was sworn in as President on September 13. Defeated Raila Odinga did not attend the inauguration. Shoring up the economy is likely to be a key priority for the new President. The public debt burden stood at 67% of GDP as of June. And the external position is in a poor state too; in May, the trade deficit was the widest since at least 2000 as imports surged by more than exports grew. Activity probably deteriorated further since; the PMI dropped from 46.8 in June to 46.3 in July. Meanwhile, the currency has continued to weaken (-6% vs. USD as of mid-September). This has contributed to the rise in price pressures; headline inflation increased to a five-year high of 8.3% y/y in July, above the central bank’s inflation target range. After keeping interest rates unchanged in July, the central bank is likely to tighten again before long. We have penciled in a +150bps increase in the benchmark rate, to 9.00%, by year-end.

Ghana entered talks with the IMF in July, but this has failed to soothe investors ‘concerns about the public finances. Sovereign dollar spreads have continued to widen, and the cedi has fallen further – it is now down by 37% against the dollar year-to-date. Given the large amount of sovereign FX debt, the fall in the cedi will only make the job of putting the debt position on a sustainable footing more difficult. Two credit rating agencies lowered Ghana’s long – term foreign currency rating further into junk territory.  A sovereign default is by no means imminent given that the FX debt repayment schedule is light over the next couple of years. But an IMF deal, including a firm commitment to fiscal consolidation, will need to be secured soon to soothe investors’ concerns. Meanwhile, the weaker cedi will add fuel to inflation, which came in at a stronger-than-expected 31.7% y/y in July – close to a 19-year high. All of this prompted the central bank to call an emergency meeting and hike interest rates by 300bp, to 22%, this month. Against this backdrop, economic activity is suffering. GDP growth slowed to just 3.3% y/y in Q1 and more timely indicators show that both business and consumer confidence have slumped. The risks to our below-consensus forecast for Ghana’s economy to expand by 3.0% this year lie firmly to the downside.

The report and further materials are available for download here.

We predict trade and credit risk today, so companies can have confidence in tomorrow

Allianz Trade is the global leader in trade credit insurance and a recognized specialist in the areas of surety, collections, structured trade credit and political risk. Our proprietary intelligence network analyses daily changes in +80 million corporates solvency. We give companies the confidence to trade by securing their payments. We compensate your company in the event of a bad debt, but more importantly, we help you avoid bad debt in the first place. Whenever we provide trade credit insurance or other finance solutions, our priority is predictive protection. But, when the unexpected arrives, our AA credit rating means we have the resources, backed by Allianz to provide compensation to maintain your business. Headquartered in Paris, Allianz Trade is present in 52 countries with 5,500 employees. In 2021, our consolidated turnover was € 2.9 billion and insured global business transactions represented € 931 billion in exposure.

The statements contained herein may include prospects, statements of future expectations and other forward-looking statements that are based on management’s current views and assumptions and involve known and unknown risks and uncertainties. Actual results, performance or events may differ materially from those expressed or implied in such forward-looking statements. Such deviations may arise due to, without limitation, (I) changes of the general economic conditions and competitive situation, particularly in the Allianz Group’s core business and core markets, (II) performance of financial markets (particularly market volatility, liquidity and credit events), (III) frequency and severity of insured loss events, including from natural catastrophes, and the development of loss expenses, (IV) mortality and morbidity levels and trends, (V) persistency levels, (VI) particularly in the banking business, the extent of credit defaults, (VII) interest rate levels, (VIII) currency exchange rates including the euro/US-dollar exchange rate, (IX) changes in laws and regulations, including tax regulations, (X) the impact of acquisitions, including related integration issues, and reorganization measures, and (XI) general competitive factors, in each case on a local, regional, national and/or global basis. Many of these factors may be more likely to occur, or more pronounced, as a result of terrorist activities and their consequences.

Allianz Trade is the trademark used to designate a range of services provided by Euler Hermes. 1/5