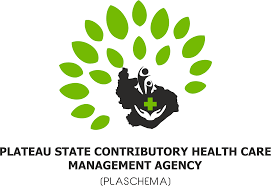 THE Plateau State Contributory Health Care Management Agency (PLASCHEMA) has organised a training for its members of staff on Public Service Rules.

Declaring the training open on Saturday in Jos, Dr Fabong Jemchang, the Director General of the agency,  said training aimed at equipping the staff with requisite knowledge of public service.

Represented by Mrs Victoria Gyang, the Director, Human Resource and Administration of the agency, Jemchang disclosed that majority of its staff were employed on ad hoc basis, adding that the training became necessary.

”This training is necessary because it will equip the staff of the agency with the operation of public service rules and regulations.

”Most of the staff working in the agency are ad hoc  and this is based on the fact that the agency could not draw its workforce from the Ministeries, Departments and Agencies (MDAs) in the state because of the shortage of manpower.

”But the work has to be done and so we recruited graduates on ad hoc basis and they are working for goverment, so there is need for them to know what government rules and regulations are.

”So, this training is to teach and guide them on how to carry out their duties diligently,” he said.

Jemchang said that at the end of the exercise, the staff would be well equipped with the requisite knowledge and act as goverment staff.(NAN)