THE Borno Government says it will deploy agro-rangers to protect farmers against attacks by Boko Haram insurgents in the state.

Gov. Babagana Zulum disclosed this while responding to requests by the Shehu of Borno, Alhaji Abubakar Garbai El-Kanemi, who paid him a Sallah homage, at the Government House, Maiduguri.

Zulum disclosed that the state government in collaboration with the Nigeria, Security and Civil Defence Corps (NSCDC), would deploy a team of special agro-rangers, vigilantes and hunters to protect farming communities in the state.

He said that the state government would also deploy an Emergency Rapid Response Team of security personnel to protect travelers, commuters and rural dwellers.

“We are geared to strengthen the security architecture to encourage farming activities.

“The state government is establishing an Emergency Rapid Respond Team; made up of 500 hunters and military personnel.

“We are providing 80 patrol vehicles to the team so that farmers, travelers and commuters can move safely within 30 and 40 kilometer radius from Maiduguri.

“About 75 special agro-rangers and 300 hunters will also be mobilised next week to protect farmers, to enable them cultivate their farmlands.

“This administration is poised to address the root causes of insurgency through the improvement of security, check drug abuse, enhance food security and provide employment opportunities to reduce poverty as well as enhance wealth creation in the society,” he said.

Zulum added that his administration had requested for deployment of additional 150 agro-rangers to ensure effective coverage of farming communities.

According to him, the state government had also embarked on rehabilitation and vegetation control work of Maiduguri-Damboa-Biu Road, to enhance safety and ease movement of goods and services.

The governor directed for the immediate demolition of illegal structures in Maiduguri metropolis suspected to be engaged in illicit drug dealings and prostitution, adding that the measure is imperative to check vices and sanitise the town.

While commending the emir over his support to the government, Zulum added that his administration would adopt proactive measures to demystify the council’s administration to enhance its operation.

Earlier, El-Kanemi commended Zulum over the sound policies so far implemented for the improvement of the people and workers’ wellbeing in the past two months.

He called for effective security measures to protect lives and properties as well as removal of illegal hotels operating in Maiduguri. 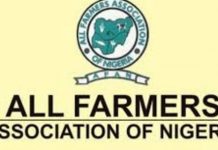