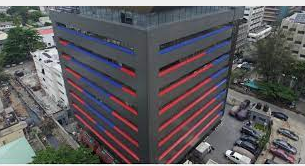 AIICO Insurance Plc. declared in Lagos on Saturday that it recorded a Gross Written Premium (GWP) of N45.5 billion in the first half of 2022.

The company’s unaudited report showed that the GWP increased by 21.4 per cent compared with the N37.481billion recorded in the corresponding period of 2021.

The insurance firm said it earned Gross Premium income of N40.573 billion which indicated a 17.9 per cent increase from the N34.435 billion earned in the corresponding period of 2021.

“This was due to a year-on-year increase of 39.4 per cent in General Insurance to N15.5 billion compared to N11.1 billion recorded in the first half of 2021.

“Life Insurance premiums increased by 14.2 per cent year-on-year to N29.6 billion compared to N25.9 billion recorded in the corresponding period of 2021.

“Underwriting income from our Health Maintenance Organisations increased by 31.4 per cent year-on-year to N599.9 million compared to N456.4 million recorded in the comparative period under review,’’ it stated.

According to the underwriter, its operating income in Asset Management declined by 9.5 per cent year-on-year to N697.6million compared to N770.5 million recorded in the corresponding period of 2021.

AIICO stated that its profit before income tax from continuing operations increased by 146.9 per cent year-on-year to N2.2 billion in first half of 2022 compared to N908.6 million recorded in the first half of 2021.

It added that its profit before income taxes across the group and its subsidiaries increased year-on-year contributing to the reported increases for the period.

According to the underwriting firm, this was due to improved top line and investment performance for the period compared to what it did in the first half of 2021.

“AIICO also completed the sale of its stake in AIICO Pensions, recording a profit from discontinued operations of N2.9 billion.

Commenting on the result, Mr Babatunde Fajemirokun, Managing Director and Chief Executive Officer, AIICO Insurance said the half year result was a testament to the resilience of its business model and focus.

He said the company’s unaudited results represented the firm’s performances for the interim period ended June 30 2022.

Fajemirokun added that the insurer had created products that its customers needed to navigate uncertain periods, trusting that the company would be there when they need it.

AIICO Insurance Plc. has been in operation in Nigeria for some 50 years. (NAN)