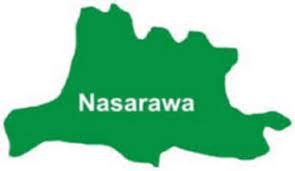 THE Nasarawa State Government has issued a query to Alhaji  Mohammed Wada-Yahaya, the Managing Director of Nasarawa Urban Development Board (NUDB) over destruction of campaign billboards.

The query is contained in a letter signed by Malam Muhammed Ubandoma-Aliyu, Secretary to the State Government (SSG) on Tuesday in Lafia.

“The attention of the government has been drawn to the fact that, you are destroying billboards of some political parties and other politicians who are vying for offices in the forthcoming election.

“As an appointee of government, this is least expected of you because your action at this time is inappropriate, knowing full well that elections are already at hand.

“Moreso, you should have sought the permission of the government before taking such measures.

“In light of the foregoing, you are to note that your action amounts to gross misconduct which is a punishable offence.

“You are directed to explain in writing within 24-hours, the number of billboards, locations and the reasons behind destruction,” he added. (NAN)