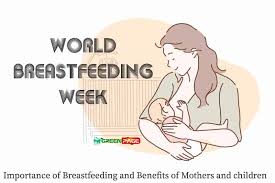 THE Commissioner for Health in Anambra, Dr Afam Obisike, has advised nursing mothers in the state not to relent in giving exclusive breastfeeding to their newborn because of its numerous health benefits.

Obidike gave the advice in Awka on Wednesday during a newsbriefing to herald the 2022 World Breastfeeding Week.

He said that exclusive breastfeeding helps to protect the child from ovarian cancer, diarrhea, heart diseases and pneumonia, among other diseases.

According to him, the practice also helps to protect the nursing mothers from diseases and reduces infant morbidity and maternal mortality.

Obidike was represented at the briefing by Dr Chioma Ezenyimulu, the Executive Secretary of the state Primary Healthcare Development Agency.

He said that non-adherence to exclusive breastfeeding exposes children to sicknesses, which often result in infant mortality.

The commissioner said that the state had made significant improvement in the nutrition of children since 2018.

“UNICEF reported that about 60 per cent of the world’s infants are missing in the recommended first six months of exclusive breastfeeding,” he said.

He further said that the World Breastfeeding Week, celebrated from August 1 to 7 every year to encourage breastfeeding, is intended to improve the children’s wellbeing.

Speaking on the activities of ASPHDA, Ezenyimulu said that the agency would also organise a programme for nursing mothers.

She said that commodities and bed nets would be distributed free of charge during the programme.

The ASPHDA boss said that the celebration would be devoted to informing people about their role in strengthening the bond between mother and child.

She expressed delight that the state had moved from 14 per cent to nine per cent in the number of children under five with stunted growth.

She said that the week-long event would be launched on Thursday, August 4 by Gov. Chukwuma Soludo. (NAN)