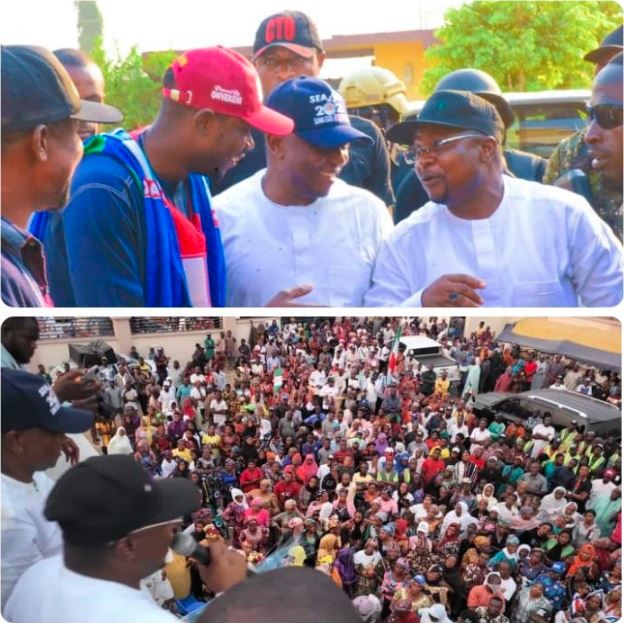 He assured at a campaign rally in Ajaokuta, Kogi, that he would defend the rights of the people in the Senate if he emerged victorious.

Ohere appreciated the traditional rulers and APC faithful for their show of love as they turned out en-masse to receive him in Ajaokuta.

He highlighted the numerous achievements of Gov. Yahaya Bello’s APC-led administration in Ajaokuta such as the newly-built general hospital, rural electrification and provision of employment.

He listed Bello’s other achievements to include the grading and upgrading of traditional rulers, women and youths empowerment in agriculture, trades, and skills acquisition among others.

Ohere promised to build more on Gov. Bello’s legacies through quality legislative representation that would enhance the standard of living and the well-being of the people of Kogi Central.

He solicited the support of the people of Ajaokuta and the entire Kogi Central senatorial district who he enjoined to vote massively for him and for all APC candidates at the 2023 general elections.

Also addressing the rally, Onyekehi assured the people of Ajaokuta that APC-led administration would do more for them, and also appreciated Gov. Bello for his laudable achievements in Ajaokuta Local Government Area.

On their part, Malam Abdulraheem Egidi and Malam Jibril Abu, APC candidates for Ajaokuta House of Representatives and House of Assembly seats respectively, promised quality and passionate representation if elected.

Traditional rulers present, in their separate remarks, appreciated Gov. Bello for his love for Ajaokuta people, and reaffirmed their support for his administration.

The Ohi of Ajaokuta, also Chairman of Ajaokuta Traditional Council, assured the candidates of Ajaokuta’s continuous support for Gov. Bello, stressing that the governor meant well for the community. (NAN)