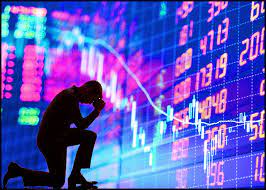 In a televised address, Putin said the partial mobilisation of its 2-million-strong military reserves was to defend Russian territories, claiming the West wanted to destroy Russia and did not want peace in Ukraine.

Worries about aggressive Federal Reserve policy tightening also kept investors on their toes ahead of the U.S. Federal Reserve’s much-anticipated interest-rate decision later in the day.

China’s Shanghai Composite index slipped 0.17 per cent to 3,117.18 as the Asian Development Bank cut its economic growth forecast for China and also lowered its outlook for developing Asia.

Hong Kong’s Hang Seng index fell 1.79 per cent to 18,444.62 on Fed jitters. Japanese shares hit a two-week low as caution prevailed ahead of the Fed, BoJ and BoE meetings.

Air conditioner manufacturer Daikin Industries led losses to close down nearly 4 per cent while Japan Steel Works soared 4.1 per cent in spite of the company lowering its profit forecast for the current fiscal year.

Seoul stocks fell ahead of a widely expected hefty rate hike from the U.S. Federal Reserve.

Shipbuilder Daewoo Shipbuilding & Marine Engineering surged 8.9 per cent amid heightened anticipation that the company’s privatization would gather steam down the road.

Australian markets tumbled to hit a two-month low, with commodity-related stocks pacing the declines on fears of a global recession.

The Dow and the tech-heavy Nasdaq Composite both shed around 1 per cent while the S&P 500 dropped 1.1 per cent. (dpa/NAN)