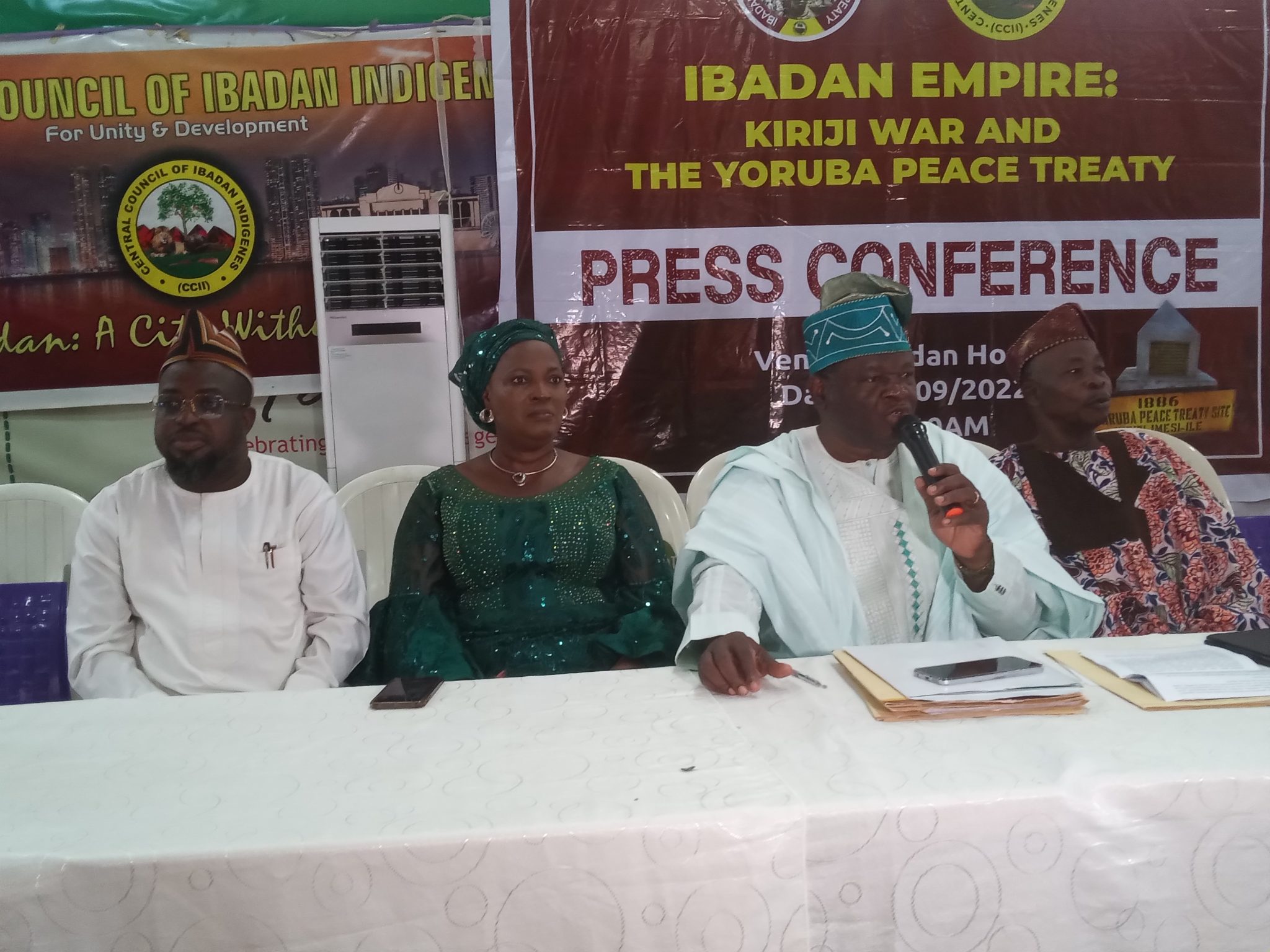 PRINCE Oluyemisi Adeaga, the President-General, Central Council of Ibadan Indigenes (CCII) has called for the sustenance of Yoruba unity toward the protection of its culture, tradition and territory.

Adeaga made the call on Monday in Ibadan at a news conference to herald the celebration of Kiriji War Treaty signed in 1886.

The News Agency of Nigeria (NAN) reports that Kiriji War, the longest ethnical war in history eventually ended with a Yoruba Peace Treaty in 1886.

The event with the theme: “Ibadan Empire: Kiriji War and the Yoruba Peace Treaty” is aimed at celebrating Ibadan Empire, its warlords and strengthen Yoruba unity.

NAN reports that the event also coincided with the 40th anniversary of CCII, the apex Ibadan cultural association.

Adeaga, reeling out historical facts about the expansion of Ibadan Empire, said what they needed was sustainable development in Ibadan.

He said that there was need to chart new course for the development of the city and its neighbouring towns, while also promoting Yoruba unity.

The CCII president-general said that the association would ensure the formation of a sociocultural group across Yorubaland with the hope of strengthening the existing unity.

Adeaga, who recounted the contributions of Ibadan warlords to the protection of Yoruba territory from intruders, said that Yorubas must remain united toward protecting their sovereignty.

“These rare qualities of the then, which enabled them to sustain conquered territories that were easily explainable in geographical terms,” he said.

Adeaga said that the warlords preserved the tradition and traditional institutions of territories they conquered in those days.

The president-general said that attributes of Ibadan warlords, among other great virtues, were notable and commendable.

“One other exceptional management attribute of positive disposition, was the fact that Ibadan preserved the traditional institutions of conquered territories.

Adeaga said that Kiriji War thought Yorubas not to loose guard, not to indulge in success and create career path for staff.

He said that the association would hold a programme on Tuesday at the ancient Mapo Hall to deliberate on Kiriji War to foster peace and unity.

Adeaga said that families of Ibadan warlords and indigenous associations would also hold a procession from Iwo Road to Mapo Hall on Wednesday.

According to him, CCII and the families of Ibadan warlords will visit Oke-Mesi in Ekiti where the Yoruba Peace Treaty was signed.