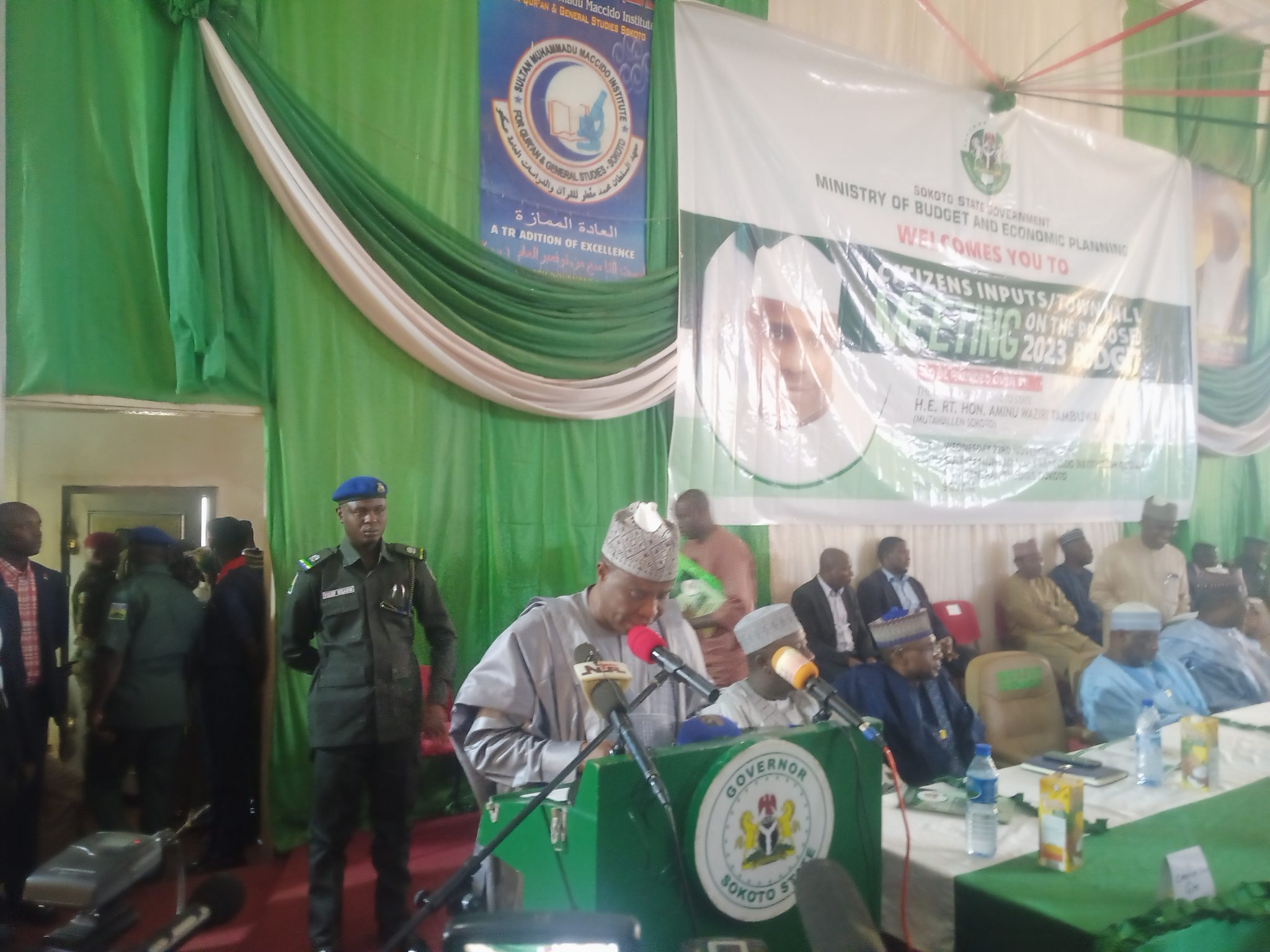 THE People Living with HIV/AIDS (PLWHA) has appealed to the Sokoto State Government to increase funds for HIV and AIDS in the budget.

Hajia Balkisu Muhammad, a member of the PLWHA made the appeal during a townhall on the 2023 budget organised by the Sokoto State Ministry of Budget and Economic Planning.

Muhammad said the number of PLWHAs has increased.

She urged Gov. Aminu Tambuwal, to includie PLWHAs in government activities as well as direct agencies to recognise PLWHAs in the state.

Ambursa-Shehu applealed for inclusion of physically challenged persons in poverty reduction and business empowerment schemes at all levels.

Malam Muktar Doki, who is the Secretary of Association of Physically Challenged Persons, urged the government to establish more special schools across the state.

Inname said based on 2018 statistics 0.4 per cent of total population of about 5 million people in Sokoto state were infected with HIV/AIDS which showed that are about 12,652 people.

” When compared to 11, 707 on treatment the figure was negligible, although there might be some challenges as HIV/AIDS treatment is free, ” Inname said.

In his address, Gov. Tambuwal pledged to complete all the projects initiated by his administration before he hands over power next year.

Tambuwal faulted the 2022 poverty index released by National Bureau of Statistics (NBS), where Sokoto state has been ranked high in poverty prevalence stressing that he did not believe if the release figure.

” I do not believe in the ranking figures. Our government will not accept it. Since 2011 the statistics remained equal in spite of government’s committment.

”This year, we developed a fiscal instrument tagged: ‘Budget of Consolidation and Finishing Strong,’ which is all- sector-inclusive.

” We are committed to the completion of projects started by this Administration before handing over.

“ The 2023 Budget will therefore, give special tagging on climate change in addition to our priorities in the areas of health, education, agriculture, youth and women empowerment,” he said.

He reaffirmed his drive to accomplish so much, we are not unmindful of our limitation in resources.

“We will, however, by the special grace of Almighty Allah, prevail over the socioeconomic challenges and deliver on our obligations to the electorate before the expiration of our tenure.

” We are achieving this through fiscal prudence, focus on priorities and effective collaborations with development partners and donor agencies.

“In line with the principles of the ‘PARIS Declaration’ government will continue to meet its obligations for effective management of development assistance and bringing development to our teeming populace through partnership, He added.

Tambuwal reiterated his administration’s sustenance of its globally acclaimed fiscal probity feat under the Fiscal Transparency and Accountability Sustainability Program (SFTAS) and the realization of its social contract vision.

He also assured that government will continue to welcome all contributions and constructive criticism aimed at engendering good governance, progress and stability” of the state, so as to maintain an absolutely commitment to the security, welfare and well being of our citizenry. (NAN)