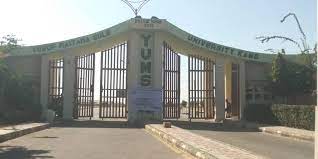 KANO state government has approved the payment of N304million as earned allowances for academic staff of Yusuf Maitama Sule University (YMSU), one of its universities.

This approval is coming on the heels of the government’s appeal to the academic staff to return to the classrooms and pull out of the ongoing strike of the Academic Staff Union of Universities (ASUU).

Daily Trust reports that the Kano state government meeting with representatives of ASUU from the two state-owned universities earlier in the week ended in deadlock but it is now unknown if the government’s move will convince the academic staff to return to the classes.

The commissioner of information, Muhammad Garba, told journalists on Friday that the State Executive Council approved the payment, which he said was pile paid in a monthly tranche that takes effect from October, 2022.

A total of 287 academic staff from YMSU are expected to benefit from this approval.

Garba stated that a breakdown of the amount translates to N297.6million for verified staff, while the sum of N6.5million is estimated for settlement of 10 other academic staff whose names were inadvertently omitted during the previous payment exercise.

The commissioner also revealed that approval has also been given by the council for the release of N82.1 million to to the same university for direct furnishing and provision of equipment to the Faculty of Science to enhance and provide more conducive atmosphere for research, teaching and learning while N84.9million was approved for the State University of Science and Technology, Wudil for the payment of outstanding Students Industrial Work Experience Scheme (SIWES) and Teaching Practice Allowances for two sessions of 2019/2020 and 2021/2022 to eligible academic staff.

The school lecturers are yet to react to the government’s offer.