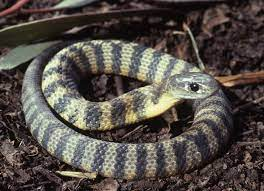 THE skulls of snakes can evolve within a few generations to adjust to new diets, an Australian study has found.

The research, published by the University of Adelaide on Monday, revealed that bones in the jaws of tiger snakes grow when they are fed larger prey.

Researchers examined two populations of tiger snakes, one on the mainland and one from Carnac Island off the coast of Western Australia (WA).

Because of an absence of smaller prey such as frogs on Carnac Island, the snakes have relied on feeding on large chicks of seabirds to survive, which were up to three times larger than their usual prey.

However, while evolution can sometimes take millions of years, the University of Adelaide team found that intense natural selection pressure has caused the snakes’ skull shape to change.

This happened since they were introduced to the island less than 100 years ago, allowing them to swallow the chicks whole.

“Much like an athlete’s body changes shape with intense training, an island tiger snake’s skull adapts to the food it needs to survive,’’ Alessandro Palci said.

Palci is a senior author of the study from the School of Biological Sciences at the University of Adelaide, said in a media release.

“Skulls of island tiger snakes are better able to change their growth when trained on different foods.

“The ability to change head shape during a lifetime as a result of diet increases these tiger snakes’ abilities to survive in environments such as islands where there is unusually large prey,’’ said Palci.