Scandinavian airline SAS on Friday said 673 flights were cancelled, affecting about 72,000 passengers, after pilots in Denmark, Norway and Sweden went on strike.

Mediators in the three Nordic capitals said there were big differences between the parties.

SAS pilots said they want compensation for wage cuts and other concessions they made 2012 when the company was in dire straits.

In Sweden, the pilots requested wage increases of 13 per cent, while mediators offered 2.3 per cent, in line with general wage hikes, which the employers accepted.

Domestic flights in the Nordic region as well to European and long-haul destinations were disrupted.

“It is deeply regretful that the pilots’ strike will have a negative impact on our customers,’’ SAS spokeswoman Karin Nyman said in a statement.

Talks between the pilot unions and SAS have been held since March.

The unions issued their strike warning in early April.

Earlier this week, SAS offered passengers the possibility to rebook their flights scheduled to depart on Friday, Saturday, Sunday and Monday.

SAS advised passengers to check the SAS website for details of cancellations.

“About 350 flights operated by SAS subcontractors were not affected,’’ SAS said. (dpa/NAN) 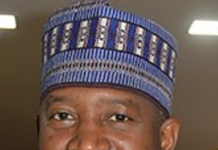