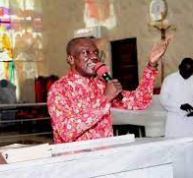 BAYELSA Deputy Governor, Mr Lawrence Ewhrudjakpo, has urged religious leaders in the country to preach harmony in the interest of peace and national unity.

Ewhrudjakpo made the call in Yenagoa when the Association of South-South Muslim Ummah of Nigeria visited him.

The deputy governor identified religious intolerance  as a major cause of the insecurity and conflict in some parts of the country.

He said it was worrisome that Nigeria was rated low globally in terms of religious tolerance.

Ewhrudjakpo said it was the duty of religious leaders to preach peace, tolerance and unity among Nigerians.

”The situation has led to the destruction of lives and property. It has also affected development. This is not good

”We have to live as one. We need to avoid religious fanatism and extremism. We should have respect for life. We are one people,” he said.

He said that the Gov. Douye Diri-led administration would continue to provide the enabling environment for religious tolerance to thrive.

The deputy governor said that the state government would not discriminate between religious groups for any reason.

Earlier, Leader of the deligation, Alhaji Nasir Uhor, commended the state government for its commitment on fostering harmony among religious groups.

He urged the state government to create a separate pilgrims board for the Muslim Ummah in the state.

He said that such move would enthrone efficiency in the management of pilgrimage activities in the state. (NAN)