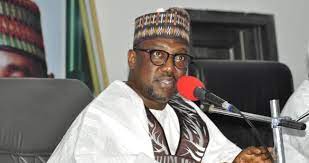 GOV. Abubakar Sani Bello of Niger, has imposed dusk-to-dawn curfew on Lambata, Gurara Local Government Area of the state following a violent clash that led to killing of the village Head, Mohammed Abdulsafur.

This is contained in a statement by Alhaji Ahmed Matane, Secretary to the State Government (SSG), on Sunday in Minna.

The News Agency of Nigeria (NAN) reports that the village head of Lambata was reportedly murdered by some hoodlums on Saturday during a violent clash.

Bello directed that a curfew be imposed on the town from 6.00 p.m to 6.00 a.m, beginning from Sunday, till further notice.

He said that the imposition of the curfew was to assist the security agencies to stabilise the situation, save lives and restore law and order.

According to the governor, the government condemns in strong terms the violence and act of lawlessness that occurred in Lambata town.

He called on the residents of the area to cooperate with the security agents to restore peace in the town and urged security agencies to ensure the enforcement of the curfew.(NAN)