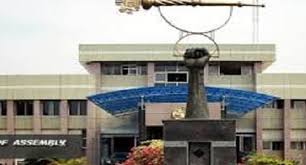 THE bill to establish the Edo State Signage and Advertisement Agency on Monday suffered a setback after some members of the Edo State house of Assembly disagreed on a section of the bill.

The Majority leader of the house, Henry Okhuarobo representing Ikpoba-Okha constituency moved a motion for the house to dissolve into the committee of the whole for clause by clause consideration of the bill.

The motion was seconded by the member representing Igueben, Sunday Ojiezele.

During the clause by clause consideration of the bill, the member representing Esan North East 1, Francis Okiye, proposed an amendment fof the appointment of the general manager of the agency to be subject to confirmation of the assembly.

Okiye’s proposal did not go down well with some members who objected to it, saying that the appointment of general managers of agencies in the state had never been referred to the house for confirmation

After an exhaustive debate on the issue, the majority leader moved a motion for the house to step down further consideration of the bill to allow for more consultations on the issue.

The motion was seconded by Ojiezele.

The News Agency of Nigeria (NAN) reports that before stepping down of deliberations, the house had considered and passed some sections of the bill with slight amendments. (NAN)

Driver in court for alleged criminal breach of trust, cheating

Driver in court for alleged criminal breach of trust, cheating