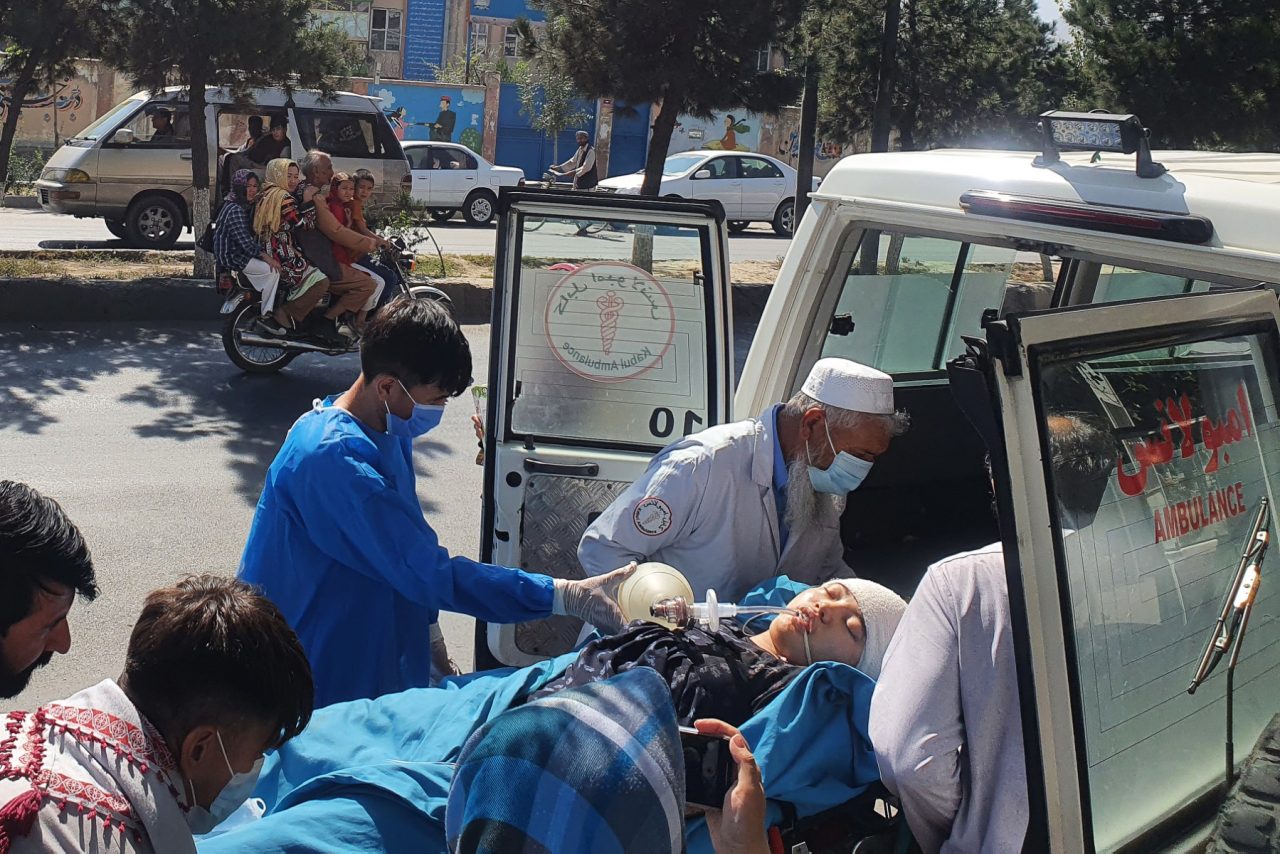 Relatives and medical staff shift a wounded girl from an ambulance outside a hospital in Kabul on September 30, 2022, following a blast at a learning centre in the Dasht-e-Barchi area of Afghanistan’s capital. – A suicide bomb attack at a learning centre in the Afghan capital on September 30 killed 19 people as students prepared for university entrance exams, police said. (Photo by – / AFP)

TWO people were killed when a bomb blast tore through a mosque on the grounds of Afghanistan’s interior ministry in Kabul on Wednesday, a hospital said.

Since the Taliban returned to power last August they made security a priority but attacks have ramped up in recent months, even as officials have tried to downplay them.

Italian non-governmental organisation Emergency, which operates a hospital in Kabul, said it had received 20 patients “after a bomb attack in a mosque at the interior ministry”.

“Two were already dead on arrival,” it said on Twitter.

However interior ministry spokesman Abdul Nafy Takor said the explosion happened “in a mosque which is at a distance from the ministry of interior” where visitors and some employees pray.

He did not give an indication of official casualty figures, or the exact distance from the ministry, but said an investigation was ongoing.

The latest blast comes after a suicide bombing on Friday killed 53 people in a Kabul classroom, including 46 girls and women, according to a UN death toll.

Witnesses said the attacker blew himself up in the women’s section of a gender-segregated classroom of a study hall in the Dasht-e-Barchi neighbourhood — an enclave of the historically oppressed Shiite Hazara community.

No group has so far claimed responsibility for that attack, which Taliban authorities said claimed 25 lives.

However the jihadist group Islamic State which considers Shiites heretics has carried out several deadly attacks in the same area targeting girls, schools and mosques.

The Taliban were also accused of plotting attacks on the Hazara community as they waged a two decade insurgency against the old US-led regime which collapsed last August.

The hardcore Islamists’ return to power in Afghanistan last year brought an end to that insurgency and a dramatic decline in violence.

The Taliban movement — made up primarily of ethnic Pashtuns — has pledged to protect minorities and clamp down on security threats.