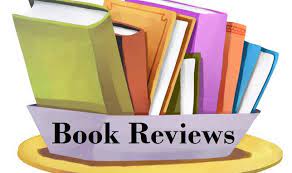 IN Nigeria today, our educational system is experiencing many challenges; one of the most glaring being the absence or inadequacy of quality text-books. Even where these text-books are available, they are sold at outrageous prices such that only few parents and guardians can afford then. When lecturers do not have the required tools for teaching their courses; when students do not have text-books for learning their courses; scholarship suffers to the extent that what we have in our institutions of higher learning nowadays is incestuous learning

In the light of the fore-going, the books written by Rev. Fr. Dr. Benjamin Odika – New Trends in Educational Psychology and Personality and Psychological Disorders: Theories and Applications – are not only apt but timely; in terms of the currency of the issues he focused on. It goes without saying that the study of human behaviour at any point in time and from any perspective is the study of man. It is bound to be current because the human is a dynamic being. Psychology is, therefore, a dynamic science.

One recalls an incident on the 19th of December, 2022: I was the Chairman at the send-forth of the graduating students at Lorreto Special Science School, Adazi-Nnukwu, Anambra State. As I delivered my opening remarks, I tangentially responded to what appeared as a supremacy battle of disciplines. I made it clear that every other discipline should bow before Philosophy for being what Plato called her, Regina Scientiarum (“the Queen of the Sciences”).

Philosophy occupies the front trench in the siege for knowledge. Once she captures and certifies any discipline worthy to stand on her feet, she grants her independence. I asserted on that occasion that that was how she granted independence to the sciences. I further stated that psychology was the last discipline to gain independence from philosophy in the later part of the 19th Century.
It is instructive and delightful to learn that Fr. Benjamin Odika studied philosophy at undergraduate level in one of the institutions – the Seminary – where philosophy is still comprehensively studied. His foray into psychology is, therefore, treading on somewhat familiar territory because philosophy and psychology, due to the fact that their separation was recent, still share a lot in common. With this, we reasonably suspect that Fr. must have done excellent jobs, but this is subject to confirmation after reading his two books or at least listening to their reviews in the form of presentation. I have read them and will commence the process of that confirmation.

Let us start with the first book, New Trends in Educational Psychology. The 261-page text-book is structured into 2 Parts, with a total of 15 Chapters – While part 1 comprises 7 chapters; part two comprises 8 chapters. Its references reflect an array of authors, local and foreign, thus raising speculation that the book is an amalgam of diverse views on the subject-matter but from an African point of view, which is what is required of text-books written by Africans and for Africans or the world at large. We must tell our story or evaluate our being from African perspectives as the West does from its own perspective; call it African authenticity if you must.

Chapter One is entitled Human Being or Human Person? It is a worthy introduction. If man is principally the subject of psychology it is appropriate that any study on that should seek to understand the subject-matter first and foremost. The author, therefore, started by asking “Human Being or Human Person?” Though he employs views from different authorities, the chapter offers us a fair understanding of both concepts that have continued to agitate philosophy.

In Chapter Two, Heredity and Environment, the author convinces even the doubtful on the inter-play of heredity and environment in the growth and development of the human being. Very often we hear about the “Down Syndrome” as a “chromosomal abnormality.” This chapter lets us know of the existence of other abnormalities such as Turner, Edward and other syndromes.

Chapter Three, Principles of Growth and Development, helps us understand the differences between growth, development and maturation.

Chapter Four is on one major attribute of human being – Reproduction. The author asks one of the most profound biological questions: “How does Life Begin?” Here the terms we once encountered in elementary biology such as egg-cell, embryo, fetus, chromosomes, DNA, genes, mitosis and meiosis, among others, were amply explained. The processes of fertilization, sex determination, in-vitro fertilization were also highlighted. This chapter is a good argument that even those that do not have anything to do with psychology should read this book, because it treats what pregnant women should avoid, the natural technique of sex selection, different types of disorders in pregnancy which understanding is a key to avoiding them.

Chapter 5 continues on Development, but from the neonate (newly-born), encompassing all stages of childhood development with their concomitant cognitive, motor, physical, emotional and social development. Though Fr. mentioned inculcation of morals and values in passing towards the end of that chapter, but treated it more in-depth in Chapter Six – Adolescence and its Theories – the reviewer believes it merits a full chapter, especially as the world and children of today are striving so unrestrainedly to divorce values from their lives.

Chapter Seven is on Adulthood. Without being specific on time-frames, the author followed existing division of early adulthood, middle adulthood and late adulthood. Reading this chapter will help us understand the phenomenon that could possibly lead to the speech-form Nigerians now term “Balablu” syndrome. Here the author writes about older adults being “susceptible to several neuro-cognitive disorders that usually affect memory, visual-spatial ability, language, attention and executive functions.”

While Part 1 of this book deals with the growth process, Part 2 focuses on all aspects of learning; starting with Chapter Eight, which is on the general concepts, types, conditions, styles, characteristics and factors of learning. It is very important for teachers and students as it will help them match theory with practice for fuller understanding and effect.

In Chapters Nine toThirteen, the author explains different learning theories and principles. He justifies the title of the book – New Trends in Educational Psychology – because he referred to researches conducted in the last five years. As a matter of fact, terminologies applied in Chapter Thirteen where he wrote about encodings and its types, suggest the co-relationship between human memory and computers.

Chapter Fourteen is about Motivation. While recalling exiting theories of motivation, he explained in detail how they could be employed by teachers to enhance teaching and learning. Teaching and learning are also boosted by the Principles of Reinforcement and Punishment, with which the author conclude the publication in Chapter Fifteen.

The second book, Personality and Psychological Disorders: Theories and Applications, is structurally the same as the first book, with two parts but different contents, of course. It has 23 Chapters.

The first part, comprising Chapters One to Seven, is devoted to Understanding the Concept of Personality. Confident that the concept has been understood, Part 2 deals with Different Psychological Disorders Affecting Personality.

Chapter One of the book explains Personality and Personality Development from different points of view. Here, the priest-author was scholarly by not shying away from full discussion and explanation of important aspects of personality. On page seven, for instance, the author explains the five psychological stages of development.

In Part 2, comprising Chapters Eight-Twenty-Three, the author presents readers with different types of psychological disorders which he defined as “conditions characterised by abnormal thoughts, feelings and behaviour.” He states that those abnormalities reflect “some kind of biological, psychological or developmental dysfunction,” which often leads to imbalances in one’s life.

While going through this segment of the book, I was almost scared; the truth being that it exposes to us the fact that it would be difficult to find a person that is psychologically pure. Our people convey such a feeling by saying “Onwero Onye Ahu Di”. Most of us are sick, but do not know. It will take a thorough perusal of this part of the publication to discover the reality.

All in all, the author did a great job in these two books. However, some faults have been detected. Whenever I point out faults in written works, I always refer to Tai T’ung, who in the 13th Century issued his History of Chinese Writing with these words: “…Were I to await perfection, my book would never be finished”. This is another way of saying that no written work is faultless.

In the case of New Trends in Educational Psychology and Personality and Psychological Disorders: Theories and Applications, I will just point out a few of them, and then conclude with a general statement. There are errors of spelling as in Page 2, Chapter One of the first book where the author asked: “can there be decrees of personhood?” instead of “degrees.” On Page 5 of the same chapter, we have “Sean Baptiste Lamarck” instead of “Jean,” just as he used Durojaiye and Durojaye inter-changeably.

Going through Chapter Two of the first book, I become curious about some quoted researchers such as Odika and Anameze. Curiously, I checked the reference to know which of the Odikas or Anamezes, but they were not reflected. Likewise some of the authors referred to were not referenced. There are also punctuation errors here and there. The same errors are shared by both books, though most of them could easily be attributed to what appear as the haste to beat the deadline.

In subsequent editions, the author and publishers should entrust the completed work to professional proof-readers to help detect and correct those errors. Also, in subsequent editions, the author should be particular about the needs of the time, for example, in discussing the intake of dangerous substances, he should try and include local brews such as Ogogoro, Burukutu, some concoctions that pass for herbal-roots that are all over the place, which the unsuspecting masses drink because of their supposed health benefits. He should also use the proliferation of Mkpuru Miri as examples in such a manner that the book would also speak to the conscience of the people even if inadvertently.

Beyond being used as text-books in tertiary institutions, the books are also recommended for health-care workers, guardians and counsellors and for you and I desirous of having knowledge of Psychology as it relates to life and living.

Thank you and may God bless you all.