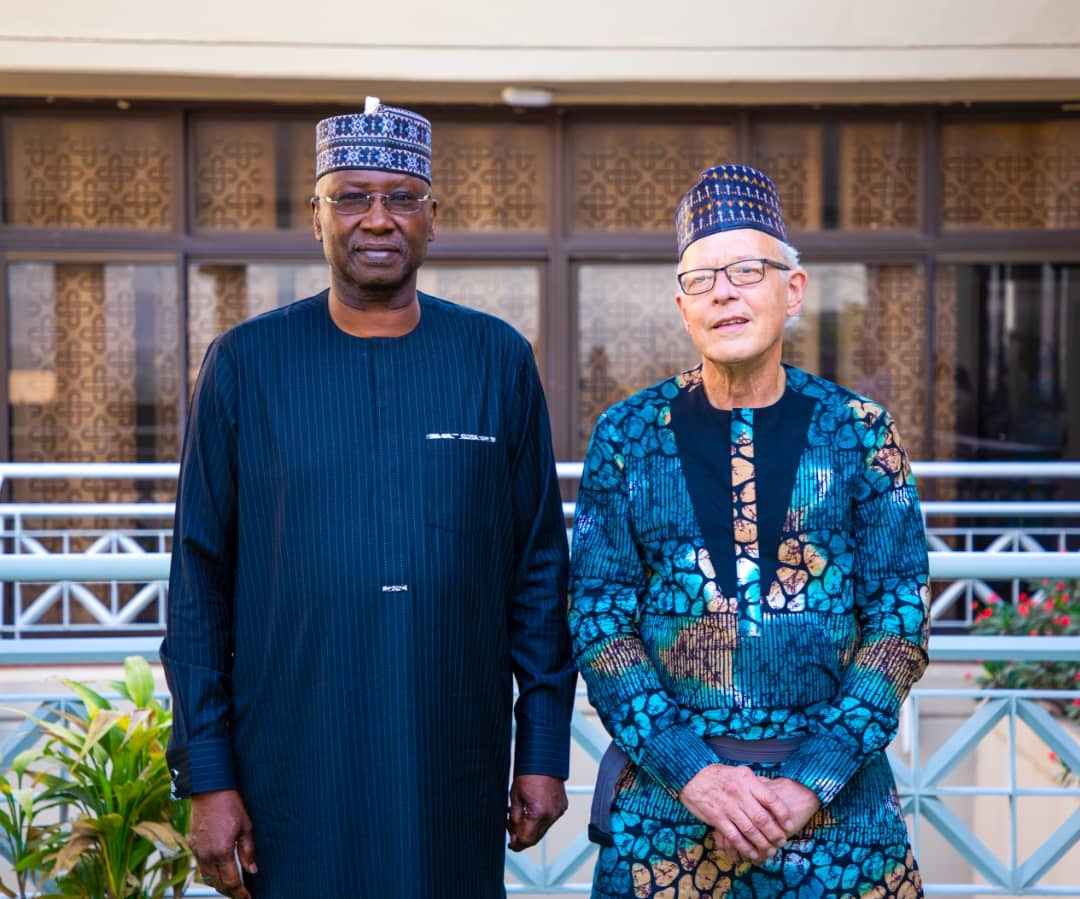 The Secretary to the Government of the Federation, Boss Mustapha,CFR, hosts his former Missionary Teacher, Mr Paul Lehman

THE Secretary to the Government of the Federation, Boss Mustapha has called on old students to develop their alma mater as government alone cannot provide all the requirements for the development of education in the country.

SGF stated this when he hosted his former missionary teacher, Mr. Paul Lehman, in company with the executives of the Government Secondary School, Hong Old Students Association (HOSA), who visited the country after 51 years.

While hosting his guest, he emphasized the need for old students to pay close attention to their former schools which helped in moulding them for the important positions they are holding in the society.

SGF commended Lehman for his interest in both his old students and his former school, which prompted his visit to Nigeria, adding that the visit of his old teacher and the ensuing reunion has kindled in them the desire to give back to their alma mater.

He described Leyman as a veritable Nigerian Ambassador, as his longstanding interest in Nigeria, and subsequent visit would serve to disabuse the western media of their wrong perception of the country and her people.

While reminiscing on his sojourn in Nigeria, the former missionary teacher of the SGF, Paul Lehman expressed gratitude to the SGF, the executives of HOSA and all Nigerians for the recognition and honour bestowed on him in the course of his visit.

He also commended his old students for their dedication and hard work which have stood them in good stead in their various stations in life.

Lehman described Nigerians as good and hospital people, whose generosity and hospitality to him have left an indelible impression on him. He also acknowledged the infrastructural development the country has achieved.