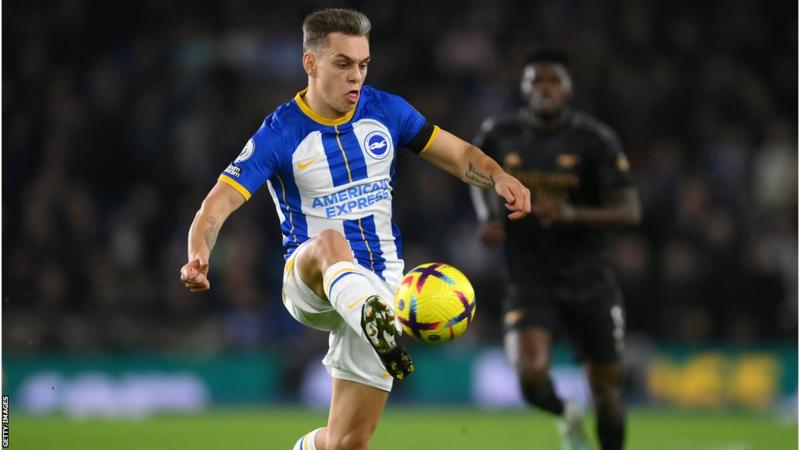 LEANDRO Trossard has been dropped from the Brighton squad for Saturday’s game against Liverpool because of his poor attitude, says boss Roberto De Zerbi.

De Zerbi says Trossard left training early without permission after finding out he was not going to start in the FA Cup win at Middlesbrough last week.

“He left the session without saying anything to me. And it’s not good,” said De Zerbi.

“I spoke with him and I explained this attitude, behaviour, I don’t like.”

Trossard, 28, is Brighton’s joint top scorer this season with seven goals in all competitions, including a hat-trick at Anfield in the first meeting between his side and Liverpool this season.

He has started two of Brighton’s five matches since the World Cup break but has not featured in either of their past two games against Everton and Middlesbrough.

There have been rumours linking the winger, who joined Brighton from Belgian side Genk in 2019, with a move away from the Seagulls this month.

“I am open with him to take a step back and listen to him but he has to understand with me, I want only players who work hard and play for the team 100%,” said De Zerbi, who succeeded Graham Potter as manager in September.

“I don’t know about the transfer market, if he wants to change teams or not.”

Brighton are eighth in the Premier League but will go above seventh-placed Liverpool with a win at the Amex Stadium on Saturday (15:00 GMT).