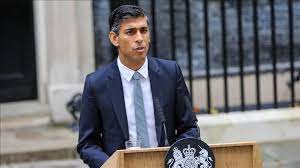 “This was a callous and cowardly act, carried out by a barbaric regime with no respect for the human rights of their own people,” Sunak wrote on Twitter.

“This will not stand unchallenged,” Cleverly wrote.

Iran had sentenced the former top politician to death earlier in the week over espionage charges. (dpa/NAN)