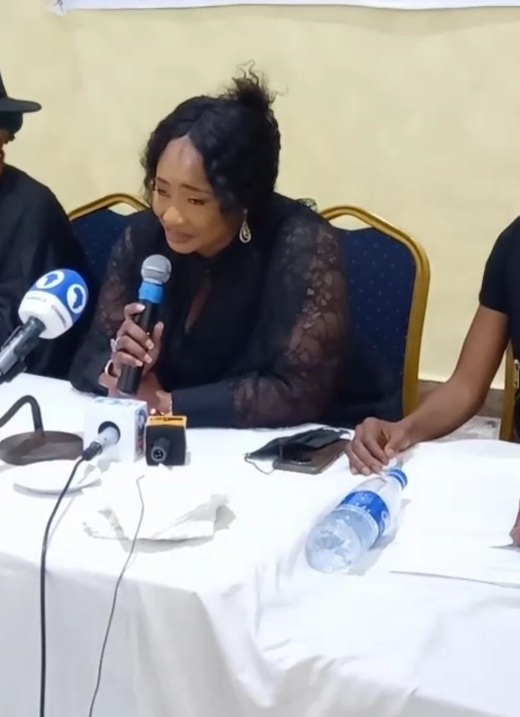 CLARION Chukwura, a veteran Nollywood actress, has called on Nigerian President Muhammadu Buhari to apologize to the Igbos for the civil war which she referred to as ‘the genocide of 1967.’

Chukwura, who represented the Nollywood actresses of the Igbo extraction at the just concluded press conference organized by the Credible Igbo Women Initiative, CIWI, an arm of the Credibility Group, expressed her sadness at what she described as the unjust treatment of the Igbos.

Lending her voice to to the call to end the mindless killings in Igboland in particular, and Nigeria in general, she said, “I want to speak directly to Mr. President Muhammadu Buhari, I want to say firstly, that with all that you are doing, I believe that the lord God almighty has put you in this position not to kill the Igbos or to say as in your statement, that you will speak to us in a language that we will understand, I do not think that is why God has given you this opportunity.

“I believe that God has given you this opportunity so that you can do what all those before you have been shying away from doing, and that is to bring together a reconciliation committee between the Igbo people and the others who participated in the ‘genocide called the Nigerian civil war.

“The right thing will be to simply say sorry because people died, people died from starvation, why would you want people to forget and not be upset over people that died when no one is saying sorry? There should be some form of apology for the civil war,” She said.

She insisted that the various agitations in the southeast are because the issues surrounding the Nigeria civil war have not been sincerely brought to the table for discussion.

“Everything that Nnamdi Kalu is saying, everything that everyone is saying in Igbo land, in the United States, in the United Kingdom, and in Nigeria is all because the issue of the Nigeria Civil war has not been addressed, and every government push it under the table, and we are treated as if we are criminals, as if we have committed a crime that no one else in the entirety of the world has done.

She said that the “Nigerian civil war happened for a reason, people were being killed and Odumegwu Ojukwu felt ‘to your tent oh Israel’, and also because of the breakdown in the agreement in Ghana, everything degenerated into a war.

According to her, a lot of Igbos today were either too young at the time of the war or were not born, she wondered why they have to be punished today for what they didn’t understand or have no idea about.

“The oldest among those of us who are grown Igbo men and women today, will be between 10 and 20 years at that time, we have people who never saw the war, who don’t even understand it. We are being persecuted for what happened before we were born or when we were children.

“Let there be a reconciliation committee so that we can heal, we haven’t healed,” She said.

She insisted that the Igbos have contributed immensely to putting the country in the world map through entertainment. According to her, the Nigerian Nollywood that everyone knows today was born in Igbo land.

The movie icon wondered if president Buhari has ever appreciated the Igbos even for this singular feat.

She asked, “Are you talking to us in that language? Have you said thank you? Why then do you feel that what we deserve is for you to speak to us in the language we understand by killing us?

She urged the president to use his office in a manner that will leave a positive legacy in the hearts of Nigerians especially the Igbos.

“Please Mr. President, you have the power, but remember, God is the ultimate, and you will one day go back to your maker.

“do you want your name to go down in history as the one who had the courage to reconcile Nigeria and give Nigeria a union that is honest, and sincere, because as it is now, without reconciling Igbo land to the rest of Nigeria, Nigeria unity is a lie.