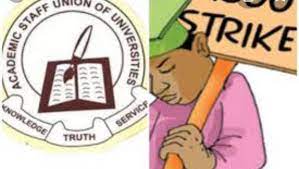 FROM the look of things, President Muhammadu Buhari’s sudden ultimatum to the Minister of Education, Adamu Adamu, to resolve the strike of the Academic Staff Union of Universities, ASUU, within two weeks, was a mere delay tactic.

The president gave the ultimatum on Tuesday, July 19, 2022. It expired on Tuesday, August 2, 2022. During that period, there was no noticeable indication that any meaningful interaction with ASUU and other striking university workers’ unions took place. If they did, the Minister has not, till now, told the nation what transpired and progress being made.

Rather, what we saw was Adamu’s rather childish effort to shift the blame for his failure to handle this crisis in his Ministry to the Minister of Labour and Employment, Chris Ngige. Adamu said he left the negotiations to Ngige because the latter insisted that the International Labour Organisation, ILO, statute mandated the Labour Minister to lead the negotiations.

In giving the ultimatum, the president placed the responsibility squarely on Adamu’s shoulder. Ngige was glad to be taken out of the picture. The coast was clear for Adamu to wave his magic wand which he had withheld in the previous five months of the strike due to Ngige’s involvement. What came out was not even a whimper, let alone a bang. Seeing that nothing was forthcoming on the presidential ultimatum, ASUU President, Emmanuel Osodeke, announced a further four weeks extension of the strike on Monday, August 1, 2022.

Nigerians are left to wonder what is going on between Buhari and Adamu. Why is Buhari keeping Adamu on an important portfolio like Education when clearly, he has repeatedly failed to perform? Under his watch, the number of out-of-school children skyrocketed from 10.5 million to over 18 million currently. Nigeria has the highest number of out-of-school children in the world.

Here was a minister who promised that the Federal Government would declare a “state of emergency” on education in April 2018. That date came and went, and nothing of the sort happened. If Adamu stays in office till the expiry of the Buhari government in May 2023, he would have spent eight years on the job. He would be the longest serving Education Minister. What justification can he possibly give for his unprecedented long period in that office, except perhaps, his touted personal relationship with President Buhari?

In other climes and normal circumstances, failure is swiftly met with a sack or even resignation. But since Buhari assumed office, failure is regularly met with reinforcement. This regime is incapable of feeling embarrassed by failure. Presidential orders mean nothing.

We still demand that the president settles with ASUU to enable our children return to class. That is a job he was elected to do. He must end this impasse.