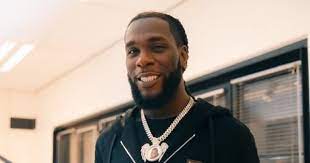 GRAMMY award winner Damini Ogulu, popularly known as Burna Boy has assured his fans that he would release a daily teaser of tracks from his upcoming album “Love, Damini”, up until the album’s set release date.

He wrote; “Apparently I was born just after midnight, so I’m gonna be dropping teasers every day till release at midnight #LOVEDAMINI”.

The self-acclaimed African giant had earlier released an artwork which contained a 19-track list of songs featuring various artists from around the world, among the tracks, contained two popular songs which are already been released, Kilometre and a recent hit song Last Last, these two songs were also performed by the artist during the 2022 Billboard Music Awards.

Meanwhile, several fans of the Twice as Tall singer are excited and eagerly waiting for the release of his album.