NIGERIA’s telecommunications subscriber base has reached 189,282,796 million, according to statistics released by the Nigerian Communications Commission (NCC).

In other words, 9mobile was the only loser as the telecom operator continued its string of losses dropping another 181,973 subscribers in March.

However, 9mobile retained is crown as the most favourable network for porters as 8,225 users joined the network from other operators. Airtel follows with about 5,594 incoming subscribers, while MTN and Globacom added 1,965 and 262 respectively.

On the other end, Airtel led the chart of outgoing subscribers, about 6,466 subscribers left the mobile operator in March. Globacom follows with 3,748 subscribers lost while MTN also lost 3,701 subscribers. 9mobile was the least with just 1,756 lost subscribers.

This is a 1.84 million increase from the number of subscribers recorded in the preceding month.

In summary, mobile (GSM) operators accounted for 99.84% of the subscriber base in Nigeria. Fixed (Wireless/Wired) had about 0.06% while VoIP which includes Smile accounted for just 0.10%. – Tech Economy 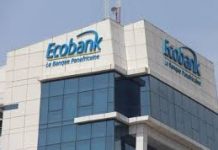 ‘Africans can fast-track SDGs despite pandemic’