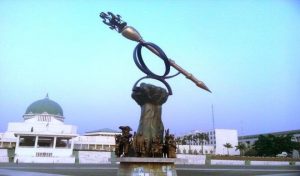 The President of the Senate, Dr Ahmad Lawan, says the Senate will soon pay a visit to the Badu village in Borno where the Boko Haram insurgents killed more than 60 residents.

Lawan disclosed this on Tuesday at the plenary following a motion by Sen. Abubakar Kyari (PDP Borno), over the recent attacks.

News Agency of Nigeria (NAN) reports that the incident occurred on July 27, at Badu village in Nganzai Local Government Area of the state, when the victims were coming from a funeral.

Kyari, in his motion, urged the Senate to come to the rescue of the surviving victims and condemn the attack in its entirety.

He also called on his colleagues to observe a minute silence for the victims, urging the security agencies to brace up to protect the residents in the North East region.

“While many people have been killed since insurgency started in the North East, several others have been displaced.

“I urge you all to have a minute silence for the souls of those killed in this unfortunate incident and urged the security agencies to brace up in protecting the resident,’’ he said.

After ruling in favour of the motion, Lawan said: “When we undertake visit to Borno, we will see all parts of the state devastated by this development.’’

Meanwhile, the Senate president did not mention the actual date when the visit will take place. (NAN)

COVID-19: El-Rufai reels out guidelines for opening up Kaduna

Over 1m persons to evacuate homes in Japan after fatal rain