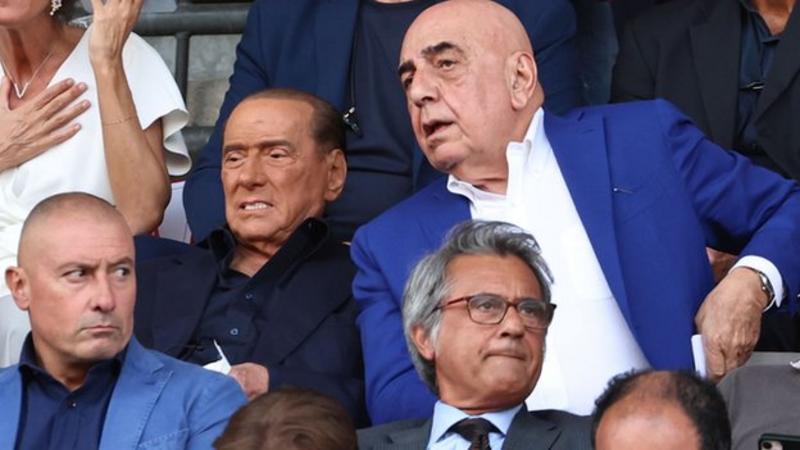 FORMER Italy prime minister Silvio Berlusconi and his old AC Milan cohort Adriano Galliani have already helped make history at AC Monza – but the club’s president and chief executive officer are not ready to stop there.

After guiding the club to Serie A promotion for the first time in their 110-year existence, manager Giovanni Stroppa has already been sacked by the ambitious duo after just one point from six matches.

And his replacement – the unknown Raffaele Palladino – enjoyed a dream start with victory over Juventus last time out as Berlusconi’s love for the unknown shows signs of paying off once more.

Claudio Ranieri, who led Leicester to the Premier League title, and Brighton’s new boss Roberto de Zerbi were heavily linked with the role but, having previously handed the likes of Arrigo Sacchi and Fabio Capello their big breaks, Berlusconi has again showed he is not scared of doing things his way.

Situated 12 miles north-east of Milan, the city of Monza, best known for being the home of Italian Formula 1 races, now has a football team with big ambitions courtesy of the millions of euros and contacts Berlusconi brings.

Berlusconi, who oversaw five Champions League titles and eight Serie A championships as Milan owner between 1986 and 2017, and Galliani, his former chief executive at I Rossoneri, have already taken their new club from Serie C to Serie A.

It took the pair four years and a financial investment of about 70m euros to clinch Serie A promotion through their play-off win against Pisa in May – but on the night of promotion Berlusconi immediately stated: “Our next goals are winning the league title and to qualify to the Champions League. I am a winner.”

The summer transfer window provided Stroppa with a revamped squad, filled with high-profile players such as Armando Izzo from Torino, Pablo Mari from Udinese, Stefano Sensi from Inter Milan, Matteo Pessina from Atalanta, Andrea Petagna from Napoli and Gianluca Caprari from Hellas Verona.

“Our priority was to sign Italian players,” Galliani said recently. “A foreign player normally needs a few months to slot in, but we now have 15 games in a very short period. We need to hit the road running, otherwise you risk to compromise it all in the first three months.”

And that is exactly what was happening. After the first six games, Monza suffered five defeats and managed one draw, had the worst attack and worst defence of the league and lost much of the enthusiasm generated last summer.

Has Berlosconi found another gem?

When Sacchi was appointed Milan boss by Berlusconi in 1987, he had never managed in Serie A, having previously only played amateur football. He went on to win eight trophies in four seasons with the club, including Serie A and two European Cups.

A similarly controversial appointment followed, with managerial novice Capello handed the reigns after a stint with Milan’s youth teams. His tenure brought four more league titles and another European Cup.

Berlusconi’s claim in 1995 that he was “simply an entrepreneur who does miracles,” might not sound too far fetched after all.

His latest appointment, Palladino, arrived at Monza as a player in 2019 but was plagued by injuries and forced to retire.

He stayed on at the club as an under-15s coach, and then climbed the ladder to the U19s and then became boss of the senior team.

He could have not dreamed of a better debut either, guiding Monza to their first ever Serie A victory by beating the mighty Juventus at home in their final fixture before the international break.

Asked to describe his football philosophy, Palladino explained: “I have played for five years under Gian Piero Gasperini at Genoa and six under Ivan Juric at Genoa and Crotone – I have to play like them.”

That means high intensity, pressing, a lot of running and short passes. He used to field his U19s with a 3-4-3 formation – will that be possible in top flight football too?

He’s young, he knows the club from the inside and he played with Pessina at Spezia and Izzo at Genoa. He’s ambitious, he has models to follow and the schedule is on his side.

After beating Juventus, the next opponents are Sampdoria, Spezia and Empoli and if “he is not an interim solution,” as Galliani guaranteed during his presentation, he will have plenty of time to develop his team.

If a good beginning bodes well, and if Berlusconi, at 86, has not lost his nose for picking the most unexpected people for the most difficult tasks, Palladino and Monza might have just started writing the next chapter in their successful football story.