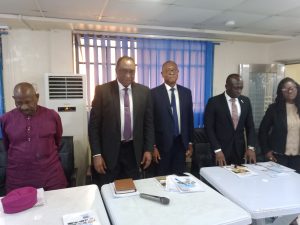 THE Chemical and Non-Metallic Products Employer’s Federation (CANMPEF) on Wednesday recommended some steps that the Federal Government should take to rejig the economy.

The CANMPEF President, Chief Devakumar Edwin, gave the recommendation at the 43rd Annual General Meeting (AGM) of the federation in Lagos.

Edwin said that to address the ongoing rise in unemployment, government needed to provide incentives to sectors of the economy that had potential to generate huge employment figures.

According to him, job creation should be given more focus in the nation’s economic plans and agenda across the tiers of government.

While quoting data from the UN, the CANMPEF president said that Nigeria was expected to be the world’s third most populous country by 2050, with over 300 million people and 60 per cent of its population under 50 years.

“Power and energy sector for effective power-up of industry and households as well as education and skills acquisition to improve the income earning potential of its citizens,” he said.

Edwin said that the recent huge emigration of young talents was another reason to address the unemployment concern to the sustainability of Nigeria’s industrial sector.

“By implication, a looming draught in work-age population may be inevitable.

“Already, some sectors such as health, ICT and engineering are showing strains of lean workforce,” Edwin said.

He said that to increase the nation’s foreign exchange earning opportunities, all hands should be on deck to reverse the lingering resource through deliberate value addition agenda into raw materials and natural resources.

He advised policy makers to take cue from the Action Plan on Critical Raw Materials by the European Commission which was unveiled in September 2020.

Edwin urged the government to consistently take on bold initiatives in collaboration with the private sector to reform the electricity sector.

He further said that the laudable Presidential Power Initiative launched in 2019 should be pursued vigorously to ensure timely and successful completion.

“While our members, through patriotic commitment, navigate the tough current economic terrain, our federation will continue to avail its platform to share knowledge and exchange information.

“Drawing on lessons from year 2020 and 2021, we urge our members to digitally incorporate their business processes.

The CANMPEF Executive Secretary, Mr Femi Oke, said that its members have suffered many challenges in the year under review.

According to him, some of the challenges include excruciating high cost of energy to power production and increasing cost of transportation (air, land and sea).

Others, he said, are difficulty in accessing required foreign exchange for raw materials purchase, machineries and spare parts for production.

He said that seaport congestion and poor social infrastructure, particularly energy, road and security as well as taxes and levies duplication from the Federal, State and Local Governments still persisted, notwithstanding the harsh economic environment and escalating insecurity challenges:

Alluding to data from the Nigerian Security Tracker, Oke said there were 2,943 abductions and 5,800 deaths due to insecurity between January and June 2021.

He said that as part of efforts to resolve the challenges facing its members, the federation embarked on the following advocacy visits and meetings.

He said that as part of employee welfare and industrial relations, CANMPEF in 2021 negotiated an end of-service benefits and new collective agreement with the National Union of Chemical, Footwear, Rubber, Leather and Non-Metallic Product Employees.

The News Agency of Nigeria (NAN) reports that the AGM elected members for the 2022/2023 year.