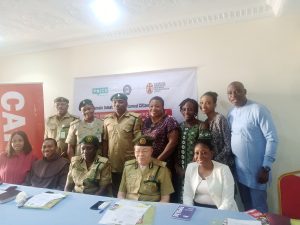 The Executive Director, CAPIO, Rev. Father Jude Isiguzo said this during the project planning meeting, on Wednesday in Abuja.

The News Agency of Nigeria (NAN) reports that the project, “Enhancing Access to Self-reliance for Female Inmates and Ex-inmates in Nigeria,’’ will commence in February 2023.

At least 50 female inmates each would be trained for 24 days in Enugu and Lagos custodial centres.

Isiguzo said that the aim was to empower female inmates and ex-inmates with skills to make their own sanitary pads.

According to Isiguzo, the participants will also learn beads, shoe and bags making.

“The beauty of this approach is that the training will be provided free of charge by our members who have been trained to instruct others,’’ he said.

He said that the Association of Female Inmates and Returned Citizens would be implementing the project funded by VOICE in Nigeria with technical support from CAPIO.

The executive director said that the project would help returned citizens to have a source of income with which to support themselves and their families.

“This will no longer make them fall back to crimes and criminality; in that way, they will be equipped and have businesses of their own,’’ he said.

Isiguzo said they would establish workshops within and outside the custodial centres for ex-inmates to learn tailoring.

NAN reports that CAPIO had in 2020 empowered over 60 female ex-inmates and incarcerated women and girls in Suleja Custodial Centre in the production of sanitary pads.

Mrs Ijeoma Okwor, who represented VOICE in Nigeria said that the intervention was because of poor menstrual hygiene in custodial centres.

“Then when they come out, we already established a workshop in Abuja where they can come in and get busy and do not need to start looking for jobs.

“The workshop is today providing services to the general public and is being run by an ex-inmate,’’ she said.

Oputa assured the support of NCoS to the project and encouraged CAPIO to include education of inmates as part of the project.(NAN)