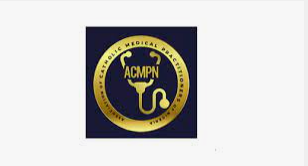 THE Association of Catholic Medical Practitioners of Nigeria has urged the Federal Government to deploy technology to strengthen the war against insecurity in the country.

They made the call in a statement issued on Thursday by Dr Emmanuel Pius-Ngatida, Public Relations Officer of the association, after its 16th National Scientific Conference and Annual General Meeting held in Abuja.

The event had the theme: “Strategies for improving Health Worker Status in a Changing World.”

The conference condemned the state of insecurity nationwide, including attacks on worship places, and recent kidnap and murder of some Catholic priests.

It therefore urged government at all levels to live up to its primary responsibility of securing lives and property of Nigerians.

The conference suggested the “deployment of modern technology, CCTV, and aerial drones for surveillance as practical strategies to boost national security.”

It advised Catholic healthcare workers to always serve as volunteer first aid groups and provide ambulance services for emergency care to victims of attacks on worship centres and other places.

The conference called for an amendment to the National Health Act 2014, to protect Nigerians from traffickers of human organs and forestall abuse of the law.

“The provisions for human organ transplantation contained in the National Health Act 2014 in
sections 48, 51 and 53 were also discussed.

“The Federal government should take urgent measures to prevent the exploitation of citizens and the operations of international criminal cartel in human organ and ovarian egg trafficking.”

The association further urged government to quickly address the growing unemployment and lingering crisis in the education sector.

They advised members of the association not to ignore their health while serving humanity, adding that they should go for regular medical checks, exercise regularly, maintain healthy lifestyles and enrol for health insurance.

The catholic medical doctors were also encouraged to work with other health workers in their parishes to provide care for the physically challenged and vulnerable persons, such as the aged, women and children.

It disagreed with conducting abortion, euthanasia and organ trafficking, saying they contradict the Proife culture of the Catholic Church.

The hybrid conference drew participants from within and outside the country, including the President, Federation of International Catholic Medical Associations, Prof. Bernard Ars, and participants from Liberia.

There were messages from the association’s National President, Dr Matthew Ashikeni, Chairman of the Board of Trustees, Prof Michael Asuzu, and the Archbishop of Abuja, His Grace, Ignatius Kaigama.(NAN)