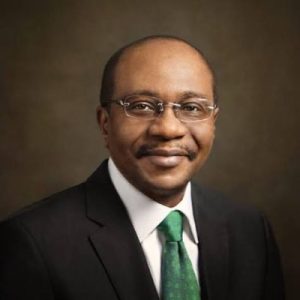 GODWIN Emefiele, governor of the Central Bank of Nigeria resumed duty on Monday, January 16, after his annual vacation abroad, a statement by Osita Nwanisobi, director, Corporate Communication of the bank, said.

Emefiele, who had been on leave since December 2022, resumed work with renewed vigour to perform his duty ahead of the first Monetary Policy Committee, MPC, meeting of the year scheduled for January 23 to 24.

Nwanisobi added that the governor remains committed to performing the task before him in line with his oath of office and the policy direction of President Muhammadu Buhari.

He thanked the public for keeping faith with the bank and urged Nigerians to continue to support its policies aimed at ensuring a stable financial system and the Nigerian economy in general.

The news of Emefiele’s resumption is coming hours after a media report that operatives of the State Security Service, SSS, invaded the headquarters of the CBN, condoning off the office of the embattled governor of the apex bank.

Realnews recalls that there has been an ongoing battle between the DSS and Emefiele over allegations of terrorism financing. The DSS had gone to court to obtain a warrant to arrest Godwin Emefiele but the court did not grant their request. The court also barred the SSS from arresting, inviting, or detaining Emefiele.

Realnews reports that there was a protest by some Nigerians in Abuja today over the Emefiele, which was believed to be masterminded by his detractors, especially those who are aggrieved over the redesigning of the new Naira note.

The deadline for using the old Naira note is January 31, and there has been pressure on CBN to extend the deadline.