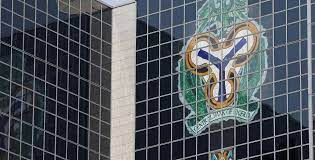 THE Central Bank of Nigeria (CBN) has raised the Monetary Policy Rate (MPR), which measures interest rate from 16.5% to 17.5 percent to tame inflation.

The CBN Governor, Godwin Emefiele announced this after the apex bank’s Monetary Policy Committee (MPC) meeting in Abuja on Tuesday.

The MPC raised the monetary policy rate by 100 basis point to 17.5% and kept the asymmetric corridor at +100/-700 basis points around the MPR.

The MPC retained Cash Reserve Ratio (CRR) by 32.5% while liquidity ratio is kept at 30%.

Emefiele said MPC “members welcome the recent deceleration of the year-on-year headline inflation, noting that the persistence in policy rate hike over the last few meetings of the committee have started to yield the expected decline in inflation.”

He said committee members noted that the naira redesign has huge moderating factors to price development on cash.

Announcing the committee’s decision, Emefiele said, “MPC was of the view that although inflation rate moderated marginally in December, the economy remained confronted with the risk of high inflation with adverse consequences on the general standards of living.

“Committee, therefore, decided to sustain the current stance of policy at this point in time to further rein in inflation aggressively.

He said there is no reason for the nation’s currency in circulation to rise from N1.4 trillion to N3.2 trillion in seven years, saying that some persons are hoarding the naira and embracing currency speculation.

“I must say here that unfortunately, I don’t have good news for those who feel that we should shift the deadline. My apologies.

“The reason is because just like the President has said more than two occasions and even to people privately, that for us, 90 days, in fact, we feel it is 100 days, that it is enough for anyone who has money or the old currency to deposit it in the bank. And we took every measure to ensure all the banks remain open to receive all old currencies.

“100 days we believe is more than adequate. We called on the banks, not only are we requesting you to extend your banking hours so that you can receive old currencies, but we are also asking you to keep your doors open on Saturdays, ladies and gentlemen, the banks did not even have any reasons to even keep their banking halls open on Saturdays neither did they see the kind of rush that they anticipated.

“We do not see any reason to begin to talk about a shift because people could not deposit their old monies into their banks.”

Emefiele also said he recently met with the Nigeria Governors’ Forum and Governors Inuwa Yahaya (Gombe) and Mai Mala Buni (Yobe) and he told them that there is no going back on the January 31 deadline.

He said the CBN has 1.4 million super agents nationwide to collect old naira notes  in exchange for new notes in riverine and upland areas, saying “money is going down and is circulating to the lower rung of the community”.

“We have 1.4 million points of our super agents; those agents are going to be available to conduct cash exchanges. The super agents are like kiosks, shops in your community, whether it is a riverine or upland area, they are there, selling sweets, selling kola nuts but they have been appointed as agents that will do cash exchange and cash swap for you. This, we have put in place,” he said.

‘CBN Agents In Areas Around Sambisa’

The bank chief further stressed that CBN agents are all over the country including areas around Sambisa in Borno State.

“I’ll give a few examples: we have some information and videos about our staff and agents how they are doing cash swaps in our communities. In areas like Baga, Monguno, Rann on the Lake Chad Basin, in Banki, Kirawa, Gwoza on the borders of Cameroon, Ngoshe, Bama, Chibok, Damboa, Ngala, Izge…all these are areas around the Sambisa. Our agents and our staff are all there conducting cash swap and exchanges of old to new currencies,” he said.

Emefiele also expressed hope that before the deadline, all the “noise” about scarcity of new notes would have subsided.

The CBN on October 26, 2022 had announced its plan to redesign the three banknotes. President Muhammadu Buhari subsequently unveiled the redesigned N200, N500 and N1,000 notes on November 23, 2022, while the apex bank fixed January 31 deadline for the validity of the old notes.

The CBN also pegged its weekly cash withdrawal limits to N500,000 for individuals and N5m for corporate firms.

There have been concerns from many Nigerians over the slow spread of the three new naira notes as the January 31 2023 deadline approaches but the apex bank has insisted that the date stands.

The CBN also recently directed commercial banks to halt over-the-counter payment of the new notes and load their Automated Teller Machines (ATMs) with the redesigned naira notes to boost circulation.

The apex bank also launched a cash swap programme nationwide to enable those in the unbanked areas to exchange their old notes for new notes before the deadline.

However, the House of Representatives, the Senate and the Nigeria Governors’ Forum have asked the CBN to extend the date to enable more Nigerians get the new notes.