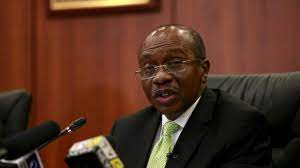 FOLLOWING the meeting of the Monetary Policy Committee, MPC, yesterday, the Central Bank of Nigeria, CBN, has taken serious decisions to curb the inflationary trend in the country’s economy.

In the meeting, the committee raised the Monetary Policy Rate, MPR, to 15.5 per cent, it retained the asymmetric corridor of +100/-700 basis points around the MPR, it also increased the Cash Reserve Requirement, CRR, to a minimum of 32.5 per cent and retained the Liquidity Ratio at 30.0 per cent.

The apex bank raised concern about the rate of inflation in the country, which within a four-month period, had accelerated aggressively by 280 basis points from 17.71 per cent in May 2022 to 20.52 per cent in August 2022.

It therefore noted that these decisions were informed by the behaviour of the economy among others.

It is pertinent to note that the Monetary Policy Rate is the foundational interest rate on which other interest rates are built within the economy.

Mahmoud noted that the idea to raise the MPR was to make the cost of funds expensive to drive down inflation, noting that the quantity of money in the system was too much for the economy to absorb.