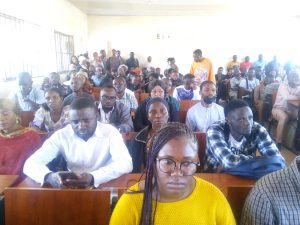 THE National Population Commission (NPC) has started the training of 562 functionaries in Plateau for its specialised workforce unit.

Mrs Cecilia Dapoet, the Plateau Federal Commissioner for NPC, while declaring the three day training open, said that the unit became necessary following findings during the trial census on gap on technical prowess.

Dapoet, represented by the state Director, Mr Pam Deme said the workforce comprising mostly of youths was to handle technical hiccups during the census exercise.

“The training is to ensure that they are able to handle every trouble shooting from equipment or on the field,” she said.

She said that the specialised force would also be engaged as facilitators during trainings at the local government level for enumerators and supervisors, while also handling technical issues.

“It requires digital knowledge and they will be trained enough to be able to handle technical issues, and also help in training enumerators and also facilitators,” she said.

She said that the materials for the training was on ground, and urged the participants to cooperate with the facilitators to ensure high ratings of efficiency during the census in Plateau and its success nationwide.

“It is tasking and you will have to be attentive,” She said.

In his remarks, Prof. Daniel Dabi, the State Training Coordinator of the exercise said that the participants would be trained on using designated computer tablets for data collection.

He said that the census would be conducted using digital operations, adding that no paper would be used for data collection.

“The questionnaire will be in the computer, so they will be trained on how to operate it and capture the data from the field.

“There will be house listing and numbering, then the enumeration would be done afterwards, they have to know all these processes and how to do them on the field,” he said.

Similarly, the State Field Coordinator, Mr Niyi Alayaki said that no indiscipline would be tolerated during the exercise, urging them to attend all sessions to be well equipped.

He said that the participants should feel privileged to play key roles in the census, as well as being part of a historic event in Nigeria, which would help in economic planning and other issues.

Speaking on behalf of the participants, Mrs Luret Mulleng thanked NPC for the privilege to be part of its special work force and assured them they would do their best in discharging their duties. (NAN)