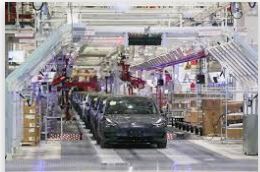 FOREIGN direct investment (FDI) into the Chinese mainland, in actual use, expanded 16.4 per cent year-on-year to 892.74 billion yuan in the first eight months of the year, the Ministry of Commerce said Monday.

Data from the ministry showed that the service industry saw FDI inflow jump by 8.7 per cent year on year to 662.13 billion yuan, while that of high-tech industries surged by 33.6 per cent from a year earlier.

FDI in high-tech manufacturing rose 43.1 per cent from the same period a year ago, while that in the high-tech service sector surged 31 per cent year-on-year.

During the period, investment from the Republic of Korea, Germany, Japan, and the United Kingdom climbed by 58.9 per cent, 30.3 per cent, 26.8 per cent, and 17.2 per cent, respectively.

FDI flowing into the country’s western region reported a year-on-year increase of 43 per cent, followed by 27.6 per cent in the central region and 14.3 per cet in the eastern region. (Xinhua/NAN)