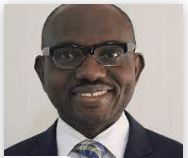 THE Chartered Institute of Bankers of Nigeria (CIBN) has appointed Mr Akin Morakinyo as its new registrar/chief executive.

Mrs Folake Akintayo, head, Corporate Communications, CIBN, said in a statement on Thursday in Lagos, that Morakinyo’s appointment was announced at the meeting of the institute’s governing council on Sept. 29.

The statement said Morakinyo, who is an experienced business leader and an honorary senior member of the institute, would succeed Dr Seye Awojobi, who would be retiring following the completion of his tenure.

It said the registrar-designate joined the services of the institute in 2012 as an assistant director, and rose through the ranks to become the director/group head of Membership Services in 2019.

“Asides his experience at the institute, Morakinyo was an assistant general manager at the United Bank for Africa, where he served as the head of the Academy, before venturing into banking,” the statement said.

Congratulating Morakinyo, Dr Ken Opara, president/chairman of Council, described his appointment as a call to service and expressed confidence that Morakinyo would continue to discharge his duties with absolute dedication.

He said, “I am confident that the new registrar/chief executive will uphold ethics and professionalism which is the hallmark of the banking industry in performing his role.”

Opara also congratulated the out going registrar/chief executive, Awojobi for meritoriously serving the institute and his contribution to its further development. (NAN)