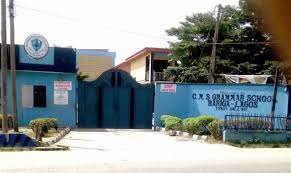 Speaking on the theme : The Nigerian Youth and ‘Japa’ Syndrome; Which Way Forward, students from six secondary schools debated on mass emigration that has resulted in many persons of productive age leaving the country.

Ubong Essien, a certified speaking professional ,Founder of the school and convener of the Eloquence Cup described teachers as heros of the outstanding performances of their students in a competition aimed at identifying and sharpening their speaking potentials earlier in life

” While I commend the students for their brilliant performances, we want to specially applaud their teachers for helping to discover them early and nurturing them further.

“The students have shown a vast understanding of the issue discussed with research based figures and statistically defending their positions on the subject matter. They have also proven ,through the debates, to be very abreast with current affairs.

” These were fallouts of teachers’ effort in unearthing their speaking potentials required for day to day engagements at school, in the society and in their future endeavours

” This event which is an annual iconic oratory competition between senior secondary schools in Lagos, is in it’s fourth edition.

” We aim to nurture the culture of effective spoken communication at the secondary school level and create spaces for additional prizes for schools that would emerge second and third positions in future” he said.

Special Guest of Honour at the event, Dr. Bashir Jamoh, Director General of Nigeria Maritime Administration and Safety Agency (NIMASA) lauded the initiative and described effective communication as a major step in addressing any type of challenge

Represented by Isichei Osamgbi, NIMASA Director of Special Duties, Jamoh commended the School of Eloquence for it’s catch them young initiative saying the initiative is a trail blazer.